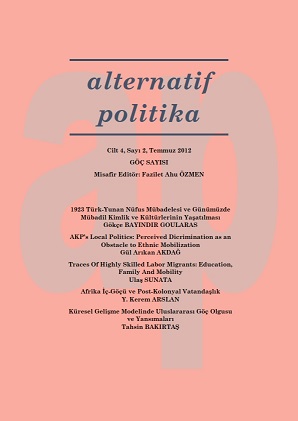 Summary/Abstract: During the period of the Turkish Republic, the 1923 population exchange between Greece and Turkey marked one of the largest migrations into Turkey. As a result of this mandatory migration, the lives of thousands of people were changed. The exchanged population, in addition to their efforts to be integrated into their new homeland, sought to preserve their identities and cultures of origin, which had been shaped by their natal territories. This work presents a study on the survival of identities and cultures of both the old and new generations of the exchanged. In particular, village cafés, associations, foundations, and the influence of Internet will be examined in order to demonstrate the role that different generations played in this effort to ensure identity survival.