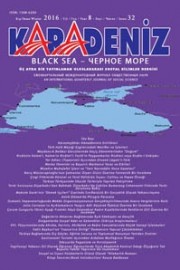 Summary/Abstract: The Ottoman Empire acquired a structure spreading over immense boundaries in the pre-modernization era. This required a well settled technological organization within its boundaries. The biggest portion of the rural organization of Ottoman Empire consists of States which have close ties to the center. In terms of administrative structure, it was divided into sanjaks, townships and sub-districts/village units. Within this administrative mechanism, the rural representatives of the emperor were "Beylerbeyi" in military authorities who had the title of "Bey" and "Kadi" in administrative authorities who had the title of "Effendi" The Ottoman provincial organization acquired its most advanced form in Rumelia, Anatolia, Arabia and North Africa in the 16th century after passing through long and various stages. Ottoman state administration developed this organization by taking many elements of administrative traditions of previous Turkish and Islamic states. The intended purpose of Ottoman Empire’s separation of its lands into states is the principle of self-governance in terms of economics. Each state was responsible for training soldiers required for its defense and allocated in proportion to its share. This issue was considered to be among the basic functions of Timar and Zeamet lands. The centralized state structure of Ottoman Empire consisting of semi- autonomous units was effective in developing and implementing its own administrative traditions. It is possible for a state having a vast territory to be able to satisfy this qualification only with a healthy transportation and communication network. The Ottomans improved the transportation possibilities inherited from Byzantium and Seljuks. Some of the roads that constitute the Silk Road were straight roads which were available for wheeled vehicles to pass. The large part of the roads enabled caravan transportation. Within the main policy of the Ottoman venue organization it was important to provide accessibility of the venue which will cover the entire Memalik-i Mahruse Two paths were followed for this in the Ottoman classical period. A road network was established with the names of right, middle and left branches where the first one starts from Istanbul and in one hand in the Rumelia Side and on the other hand in the Anatolian side. Besides, this main route was been expanded by secondary routes. In order to provide security and accessibility on these roads menzil and derbend organizations was provided to be functional. Another method pursued by the Ottomans for venue integration was to establish road safety circles that expanded from Istanbul to the periphery. The venues which included the capital İstanbul-Hüdavendigar and İzmit sanjask were constituting an integrity.