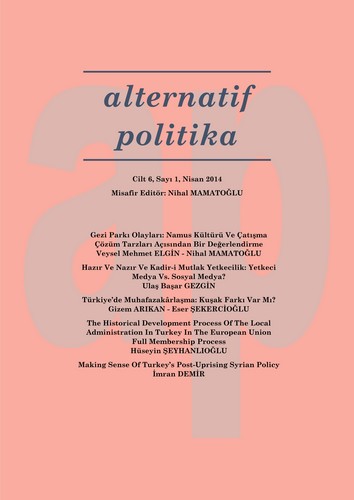 Summary/Abstract: One of the most important findings of the studies concerning political behavior in Turkey is Turkish voters’ shift towards the right, and rising religiosity. The erosion of the electoral support of the center right political parties in favor of political Islamist and ultranationalist alternatives starting with mid-1990s, as well as the increasing tendency of the participants of public opinion studies to place themselves to more rightist ideological positions and their rising levels of religiosity are regarded as signs of shift towards the right. Yet, not many studies take up the question of whether this observed shift is necessarily associated with rising conservatism in social and political values. In case the answer is affirmative - i.e., in case the shift towards the rights is also associated with change in core social and political values of citizens, we should also take up the question of whether this is a result of new generations socializing into politics in the post-1980 period developing values that are different from the past generations, or whether there is a change in the values of all citizens. This study seeks to contribute to these discussions by testing hypothesese drawn from political socialization theories and using World Values Survey data collected in Turkey in 1990, 1996, 2001 and 2007. The main questions we seek to answer are whether ideological shift towards the right is accompanied by a parallel rise in conservative social and political values and attitudes, and whether the change/stability in values are a result of generational replacement.