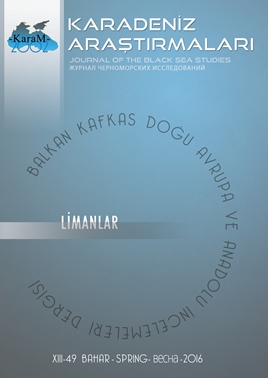 Summary/Abstract: Nuri Demirağ as a businessman had a distinctive profile among his peers with projects performed by him in Turkish Aviation Industry as well as integrated development projects that haven’t been performed yet. Demirağ has broken some grounds in Turkish economic and political life. During transition to multi-party system in Turkey, he has broken a new ground by establishing first opponent party to compete against single-party system. However, what was more remarkable than all these was his success in construction of first private domestic railway line and production of first domestic mass production planes and parachutes in Turkish Private Aviation Industry. He also had development and industrial project plans done which were first initiated by government in 1930s but he was not able to put them into practice due to lack of support of government. When considering economic policies of Turkish government in 1920s and 1930s, it is obvious that Demirağ took advantage of capital accumulation process like other businessmen of his period. From a certain point, unlike these businessmen, who preferred guaranteed and quick profits under government control, he was distinguished among his peers with desire to invest in aviation industry, in such a challenging and risky area in Turkey. What lies behind Demirağ’s attempt was not only that aviation industry promised for future and huge profits but also he regarded this sector as an important factor in the efforts of industrialization process of his country. But efforts of Demirağ in aviation industry and projects designed for industrialization and integrated development of the country were not supported and even precluded, by the government. This must have been because of the fact that Demirağ went beyond the role of private sector determined by the administrators in this period. According to Demirağ, the reason for the barriers to his attempts was government economic policies. However, projects that he produced and his future projects were not contrary to aims of government economic policies. When one seeks the reason for prevention of his investments and efforts, political mentality of these administrators must be taken into account.