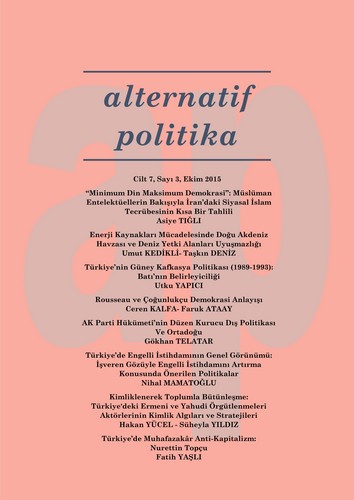 Summary/Abstract: In this article, by dealing with the discussions on the relationship of religion and politics before and after the Islamic Revolution in Iran, we tried to display the kind of change occurred in three prominent Iranian Muslim intellectuals’ approach to the problem in time, namely Mehdi Bazargan, Abdolkarim Soroush and Mohammad Mojtahed Shabestari, who were among the supporters of the Revolution, but later on became the pioneers of the opponents. According to these intellectuals, the problem is not only political, but also consisted of many subjects from universality of religious law to the perception of revelation. The study evaluates these intellectual’s political approaches within the framework of their own theological mindset.