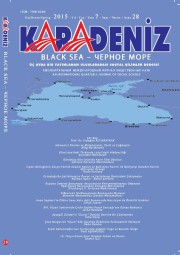 Summary/Abstract: Turks have created / composed rich literary texts at various periods throughout history. One of such periods is the brilliant / productive are of Divan Literature. That area, which was shaped in accordance with the Ottoman culture and perception of the world, and which was shaped by a strong interactive bonds with various cultures, survived until the 19th century. The literature labeled as Divan Literature was based upon Western Turkish / Ottoman Turkish. A great many poets, who spoke Ottoman Turkish, created innumerable collections and literary texts. Following the communication and interaction with the Western culture after the Reform (Tanzimat) period, Western literary forms and topics began to appear in an increasing frequency in Turkish Literature. However, even in this century, many artists / literary figures continued to compose traditional Divan forms and themes. During the same period, the increasing use of the printing pres made it possible to publish and spread the collections. Many poets aimed to get their works published through the printing press and spread them to larger audiences. Many poets, however, either died at a very early age, or was unable to make themselves known by the public. Yet, some others, were unable to get their works published, still, their poems / collections were published by either their relatives or some laymen at a later time. One of the 19th century poets, İbrahim Fehmi, composed enough poems to make a collection in the style of Divan literature. After his collection was designed by his son, Süleyman Salim, it was published in 1870 or 1871. In this study, some data / information will be presented about İbrahim Fehmi’s life, brief literary perception and poetry collection.