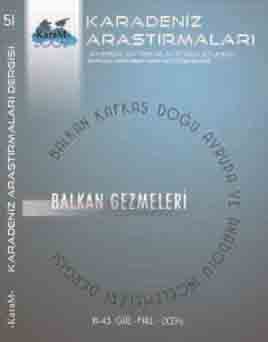 Summary/Abstract: The majority of Crimean Tatar historical monuments have been destroyed due to political events and neglect. Crimean Tatars, who were only able to return to their homeland after a long struggle, claim ownership of the remaining monuments and are trying to restore them as well. There are strong ties between the past and present situation of the Tatars. They feel these ties much more than any other nation and they always encounter their historical past in their everyday lives. Also, they know the reality and value of historical consciousness and the protection of historical memory. Tatars’ efforts to revive their cultural heritage is a part of their struggle to rebuild their cultural and national identities, which were damaged because of their total deportation in 1944. Their special efforts to revive their memorial monuments and historical figures are the most vivid examples of recovering national memory, which was intentionally annihilated and made to be forgotten under the despotic years of the Soviets. Therefore, the aim of this study is to analyze the value and meaning of Crimean Tatars’ efforts to revive their historical heritage in the cities of Aqmesjit (Simferopol), Bakhchesaray, Gözleve (Yavpatoria) and Kefe (Feodosia).