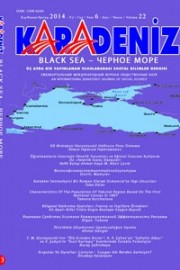 Summary/Abstract: In 1897, in Russia was carried out a national census, which covered the whole empire including Yakut region. There was collected the unique data on the population of the state. The materials of the population census allow a reconstruction of the socio-economic development of the region. For the first time, there was collected sufficient data on the indigenous population of Yakutia, about traditions, about the lifestyle, the changes taking place in this area.