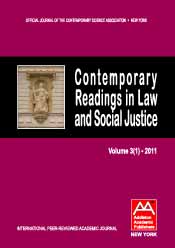 Summary/Abstract: Since the end of the Cold-War, the field of transitional justice has metamorphosed from an initially narrow focus on justice and retribution to a much more complex study of how human rights abuses, genocide and other mass atrocities are confronted by societies emerging from violent conflict and/or transitioning to democratic forms of governance. A primary focus on the roles of states and institutional arrangements within states to confront human rights abuses has given way to a much more complex understanding of transitional justice that incorporates various levels of analysis (international, national and local) and various actors of the global governance puzzle: states, IGOs, NGOs, epistemic communities, and global policy networks. While much scholarly attention centers on UN efforts to facilitate transitional justice in post-conflict settings, this paper shifts the focus to the European Union, a largely ignored participant in transitional justice efforts. This article examines how and why the European Union develops and promotes transitional justice policies as part of its enlargement strategy as well as its broader foreign and security policies outside the European context.