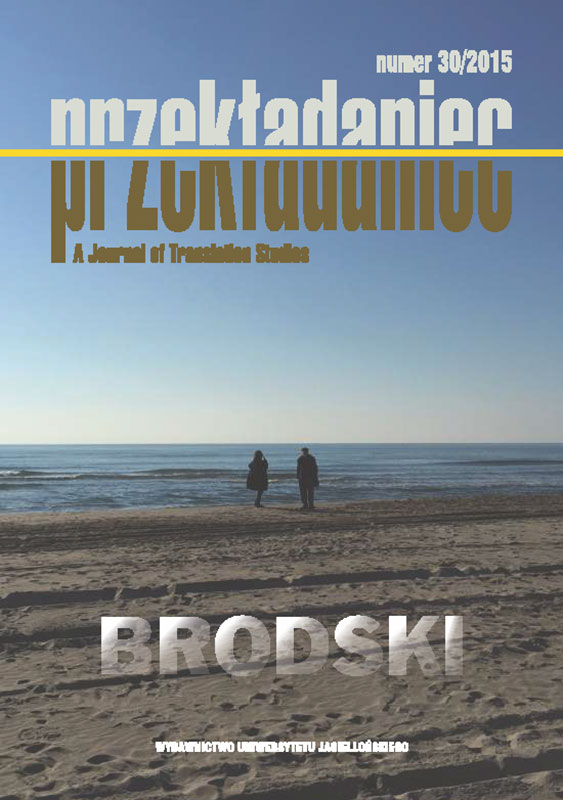 Summary/Abstract: The paper comments on the poetry of two dissidents from Eastern Europe – a Russian one, Joseph Brodsky and a Lithuanian one, Tomas Venclova. The first part of the paper is a short outline of the history of their close friendship, which started in 1966 in the USSR, and lasted till Brodsky’s death in 1996. In the second part of the paper I describe a literary dialogue between the two poets: firstly, I write about about Russian and Lithuanian poems, which were dedicated to Venclova and Brodsky respectively, secondly about intertextual references and allusions in selected poems, and thirdly – about Tomas Venclova’s papers on Brodsky’s work. The third part of the paper is devoted to the intertextual interpretation of – mainly – two poems: Otkrytka iz goroda K. by Joseph Brodsky, and Naujas atvirukas iš K. miesto by Tomas Venclova, where the town of Königsberg / Kaliningrad is depicted as a place where both the lyrical persona and the town itself (as a hero of the poem) experience a “limit-situation” of annihilation. The main thread leads to the reconstruction of the art of conducting the poetic dialog about relations between the human being, culture, and history, by the two poets deeply rooted in both East and West European cultures, which they feel to be exiles from.