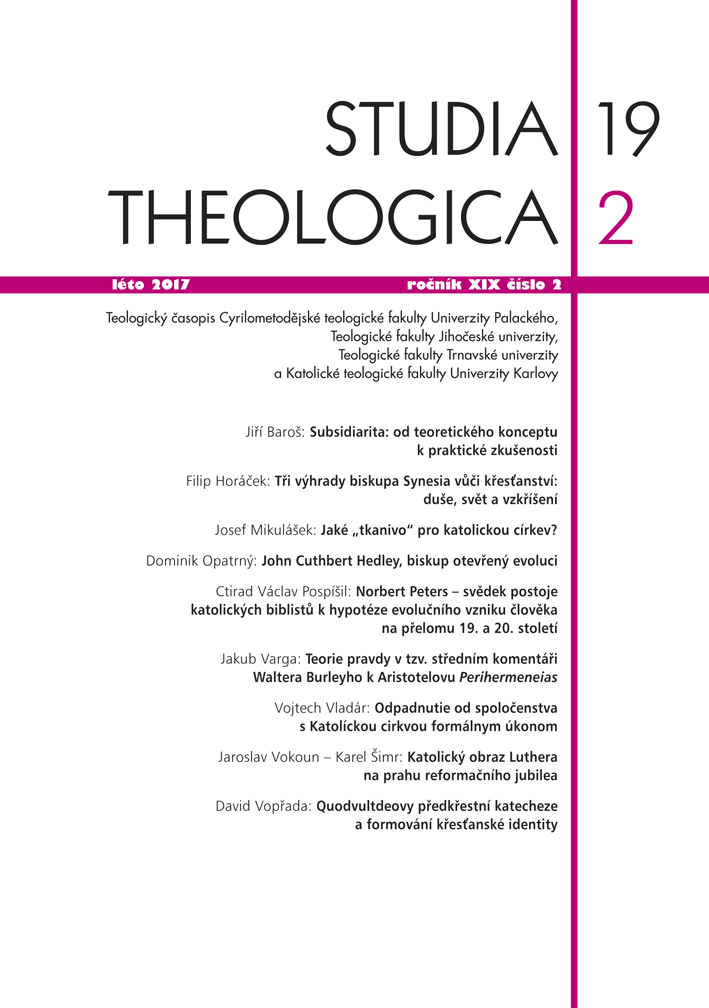 Summary/Abstract: According to the pre eminent Anglican theologian John Milbank, if Christians do not think about politics in disconnection from their faith, they come up with similar conclusions. The article argues that a specific social ontology and unique anthropology underlies this Christian vision of politics. In its first part, primarily following the work of the American Thomist Russell Hittinger, the article demonstrates how this specific social ontology is inherent to the Catholic social doctrine. It discusses the Catholic understanding of group personality and civil society in contrast to liberal thought. In its second part, in line with the political experience of the richest Italian region Lombardy, the article delineates a specific anthropological vision, which has influenced various policies of the so called Lombardy model. In contrast to both liberalism, and statism, the theoreticians of Lombardy emphasized the positive anthropology of human beings. Lombardy consequently attempted to respect the plurality of social forms which can be found in society in its (social, health-care, educational) policies. The article demonstrates how one of the fundamental principles of the social doctrine of the Church, the principle of subsidiarity, can become the basis for several political experiments by the Lombardy government.