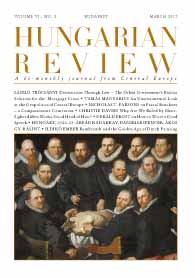 Summary/Abstract: Who is Pascal Bruckner? An unscientific survey of my better read English friends drew only blank looks, though one hazarded that “he might be a composer?” (A descendant of Anton, perhaps?) This is despite the fact that Bruckner’s polemical essays have all been (excellently) translated into English. Furthermore his steamy erotic novel The Evil Angels has been turned into a film called Bitter Moon, directed by Roman Polanski and starring box office bombshells Hugh Grant and Kristin Scott Thomas. In France, however, Bruckner is a well-known and controversial figure, usually lumped together with the “nouveaux philosophes” (a label he dislikes). The latter are a group of scholars and commentators that has somewhat restored the honour of French intellectuals since the long night of totalitarianism worship promoted by left-bank leftists (all of them, needless to say, much fawned upon by the academy and the media). Bruckner, himself claiming to be a man of the left, is similarly a public intellectual in the French manner, something which I fear does not increase his chances of reaching a wider public in Britain.