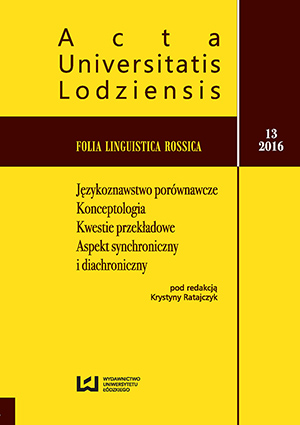 Summary/Abstract: The end of XX – the beginning of the 21st century in the development of the Russian language is characterized as the time of active replenishment of its dictionary structure by new foreign-language words and elements. The borrowing process and the development of loan-words is followed by variability of foreign-language neologisms that generates difficulties in their development. Materials of modern dictionaries find a tendency to increase in a share of the varying words as a part of foreign-language neologisms (from 2 % and even to 3% of a word-list). In dictionaries and texts the following types of variants are noted: allographic, spelling, phoneme-spelling, accentological, and also the variants of the combined type differing not less than two differential markers. The allographic variation which was considered as the phenomenon for the Russian language has assumed a considerable scale during modern time. Spelling and phoneme-spelling variants existence reflects insufficient extent of the word development. The considerable number of variants and a variety of the opposed markers, on the one hand, reflects a real picture of new foreign-language lexicon development. On the other hand, it extremely complicates lexicographic processing of such words and the characteristic of variants. The establishment of uniformity in writing and a pronunciation of foreign-language neologisms is an integral part of their development and a long and a difficult process.