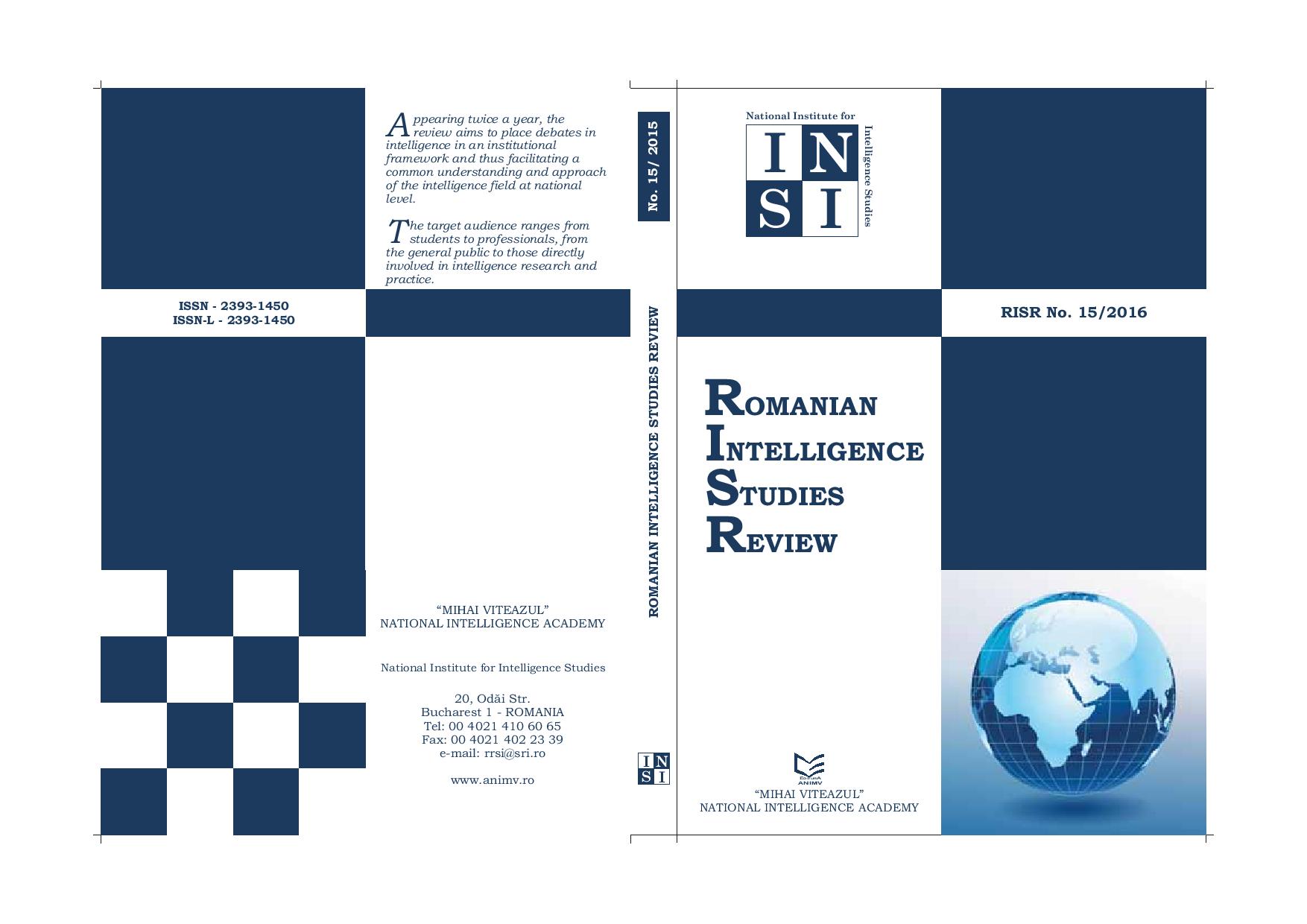 Summary/Abstract: All the new risks and threats to the national security have caused eachsociety to reconsider the general human values, values that represent a bridgebetween states and nations. Following the threat of the Sovietic bloc, theWestern world, and beyond, has defined its main risks, dangers and threats tothe national and international security taking into consideration both the majorchanges in the security environment – increased international terrorism,proliferation of weapons of mass destruction – and the political, economic andsocial development of Western countries.Thus, the project aims to determine the role and importance of theexistence of a security culture within any society, and to show, at the same time,how this culture has transformed under the influence of globalization and notonly, from the concept of security to the concept of Intelligence. Furthermore, Iwill emphasize the role of Intelligence within society and to point out howsociety as a whole, and Intelligence organizations in particular, had to adapt tothe changes that have shaped the world in the past 20 years