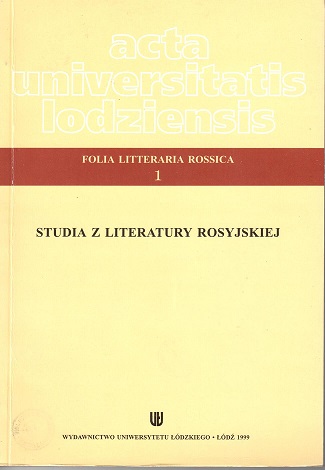 Summary/Abstract: Majakowski was a typical, masterful Utopian, a spiritual type of heroic, revolutionary hero. The sources of his utopianism were out of total disapproval of the world's current order, with the need to happiness and to make others happy. In Majakowski's work all elements of the modern Communist, Marxist-Leninist utopia are celebrated: praise of absolute equality for all, social property, collectivism, central planning, governance and organization of life, industrialism, communist education and secular, Soviet messianism. Being aware of the impossibility of fulfilling the requirements of utopia: crossing the limits of what is possible, the condition of the human being, the awareness that he becomes merely an apologist of "utopian power", who must "kill himself by the throat of his song", has probably become his cause of death.