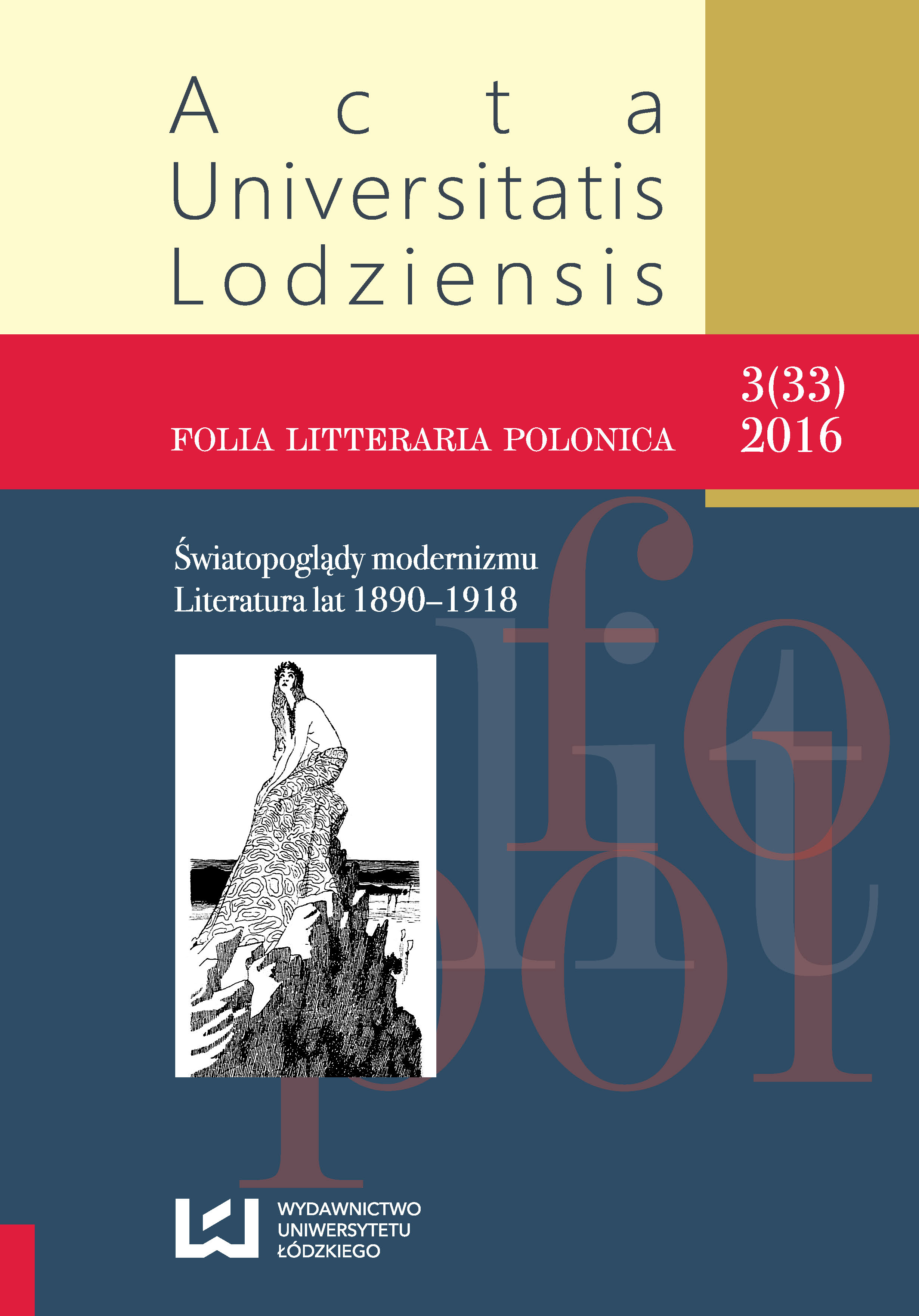 Summary/Abstract: The author of the article aims to add his voice to the debate (fundamental for the studies of Norwid) on the tangled historical and literary origin of Cyprian Norwid and methods of legitimising it: the romantic and modernist. Although the text is clearly seeking a new language to talk about Norwid’s association with the subsequent modernist era (to describe Norwid’s case the author uses the term “fuzzy modernism,” while calling the poet himself “ an eschatologist of modernism,” distinct in this respect from the apparently similar Fyodor Dostoyevsky – modernist eschatologist), the ultimate conclusion is the Polish poet should be placed in the contaminated trend. Also suggested is a need for a study of his literary works that would provide a double model of the nineteenth background of Norwid’s text: as romantic, and at the same time modernist. As a symbol of Norwid’s modernity’s the author chooses London’s Crystal Palace, a place that Norwid (like Dostoyevsky) visited between 3 and 13 December 1852.