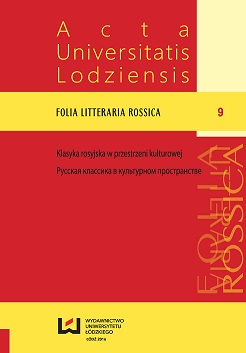 Summary/Abstract: The paper is devoted to a phenomenon rare for the modern Russian-language drama: playsparables by the Ukrainian playwright Aleksandr Chirkov. They represent the author’s reflection on the reasons of the contemporary tragedy of existence, and a study of the connections between those who govern historical events for their own benefit and those who follow the will of others without thinking of consequences. Artistic generalization is revealed, which allows one to see in them the author’s models of conventional–metaphoric type of epic drama.