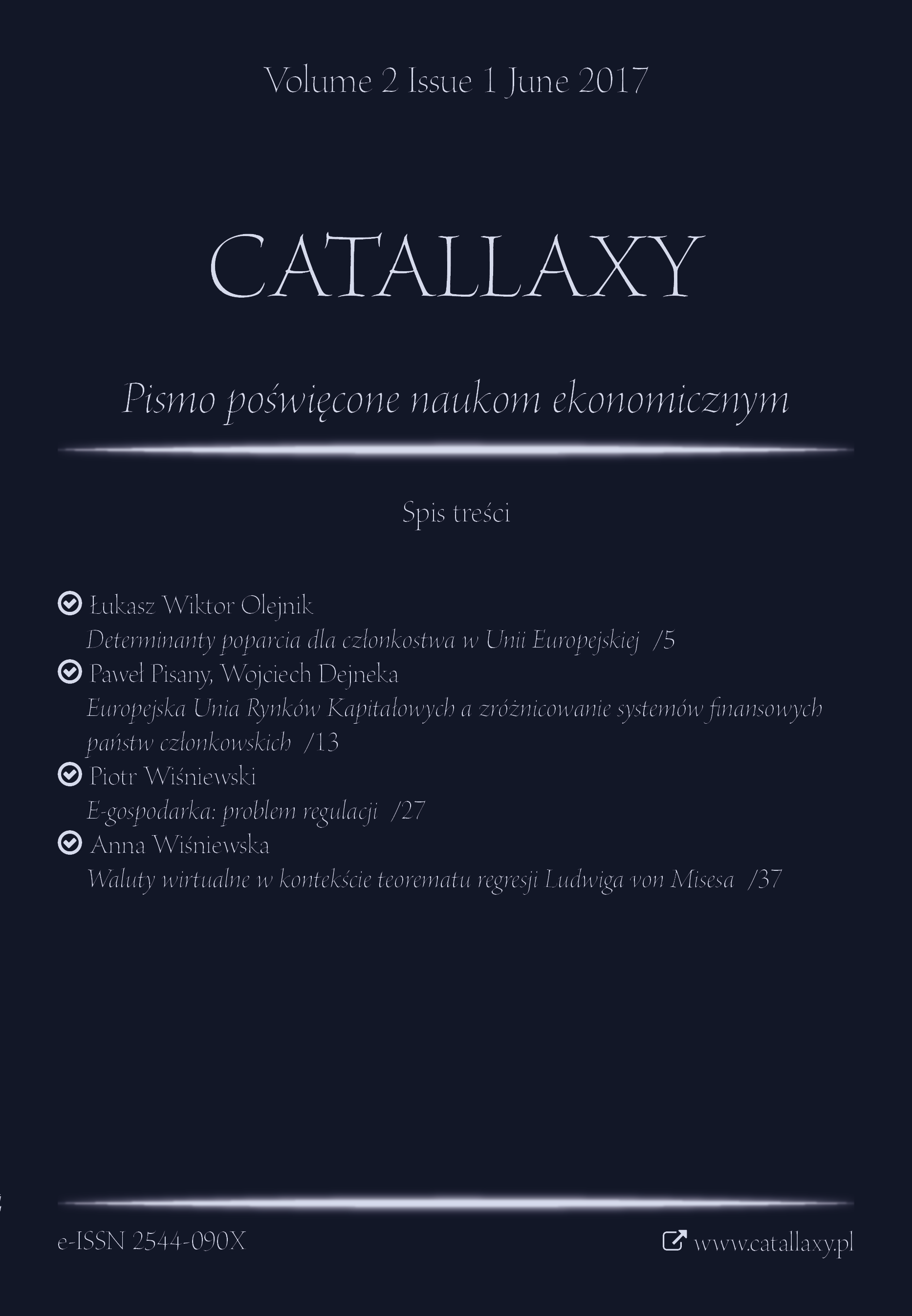 Summary/Abstract: Motivation: The dynamic development of the virtual currencies’ market, initiated by the creation of bitcoin, poses many challenges for economic theoreticians. One of the prob-lems explored by them is the issue of fulfilment of the L. von Mises’s regression theorem by virtual currencies. The problem is the main obstacle to consider a particular virtual currency as money. Previous studies in this field focused almost entirely on bitcoin and merely signalled this problem among other considerations. Aim: The aim of the article is to answer the question whether and to what extent virtu-al currencies meet the L. von Mises regression theorem. Results: In the article it is assumed that those cryptocurrencies, which were not the di-rect target of the projects in which they were created, are more likely to have a non-monetary value than those, whose creation was the main aim of the project, i.e. those that were particularly designed to become money. The case study of the three virtual currencies: bitcoin, ether and factoid indicated that the designation of a non-monetary value of a particular virtual currency is not always possible and justified. In the case of bitcoin it can be stated that it does not violate the regression theorem, and has many non-monetary features. The other two cryptocurrencies, as yet, do not perform a pay-ment function outside the project, under which they were created.