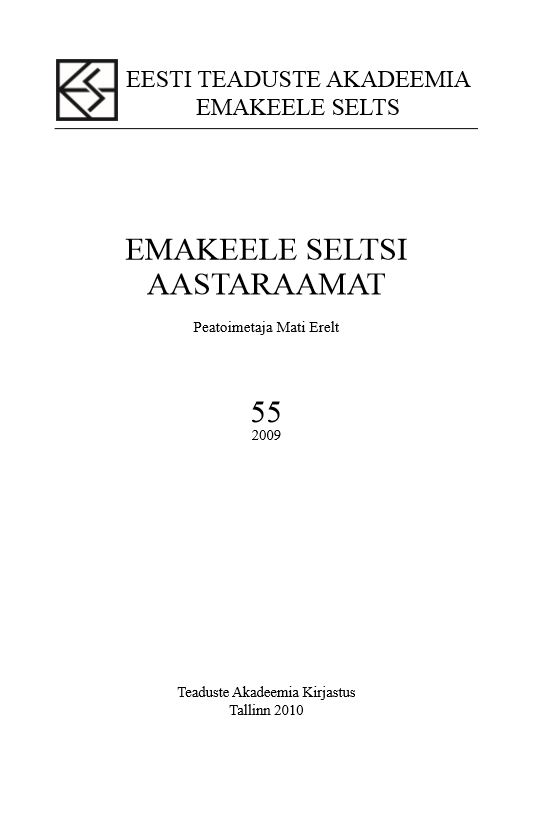 Summary/Abstract: The paper reviews the formation of street names in Estonia, starting from their earlier multilingual (Estonian, Latin, Low and High German, Swedish, Polish, and Russian) layer. Earliest records of street names of Tallinn have been preserved since the 14th century; names from other older cities are known since the 16th century. At the beginning of the 20th century there was a trilingual nomenclature, which in Tallinn was based on a long tradition. Multilingual names gradually disappeared during the 1920s and 1930s when Estonia was independent, and by the end of the 1930s street names had become monolingual – Estonian. This status was not altered even by the subsequent Soviet and German powers. The choice of names in mediaeval cities was typical of many Estonian towns; names were mostly descriptive. City authorities started active name planning at the end of the 19th century. One characteristic novelty was the use of serial names on the basis of a common topic, such as tree names, plant names, etc. During the 20th century street names were infl uenced by ideology – first by the ideology of the Russian Empire, then by that of the independent Estonia, and then by the ideals of the Soviet Union. At the end of the 1980s many names that had been lost during the previous renamings were restored.