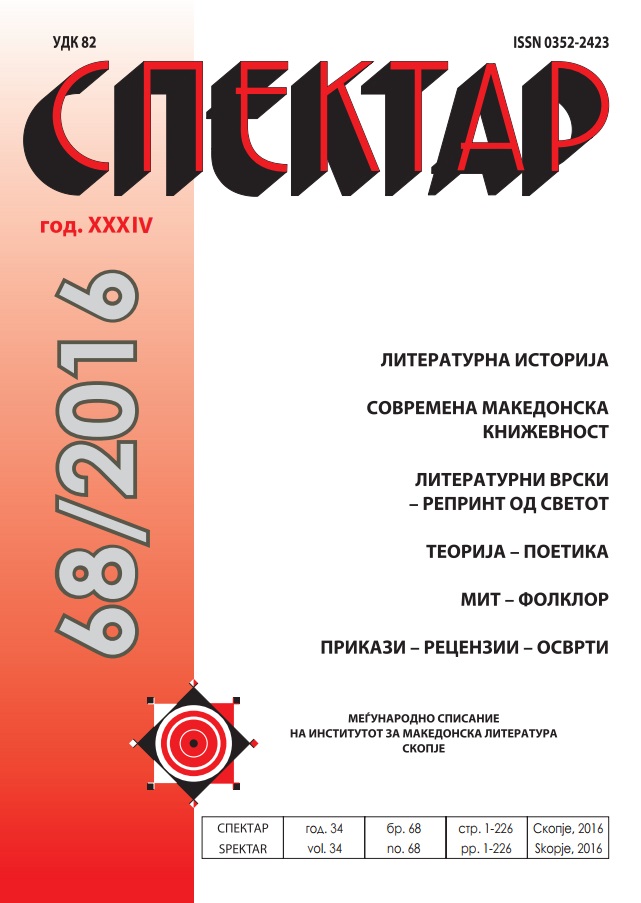 Summary/Abstract: The paper stems from the claim that migrants are a shared theme for Pavel Velikovski's novel The Last Horse of Pompeii and Lidija Dimkovska's novel Hidden Camera. Starting with the novel's shared context (the period of social and economic transition) and the similarities across the authors' respective biographies, the paper analyzes those commonalities within the two novel's plots: the Eastern European intellectual as a Western European migrant. This, in turn, offers a basis for the analysis of the narrative techniques and thematic cores (dissent and nomadism, the worldview of the migrant as a starting point for self criticism, and that of their "own" world, the demythologizing of the West, etc.), so as to conclude that this position demystifies the binary opposition of a communist East and a capitalist West. Namely, that despite equality, ethnics and liberty are mere utopist concepts still worth fighting over.