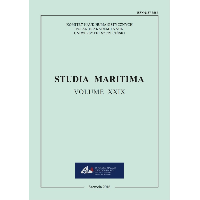 Summary/Abstract: During the cold war in the European Theatre of War there were two armed superpowers representing opposing political and military blocs in combat readiness. Yet, a Third World War did not started, the only forms of confrontation were numerous local conflicts. Among them the most important ones were: the Korean War, the Vietnamese War, the war in Afghanistan (1979-1989), and numerous conflicts in Africa and the Middle East, including the conflicts between Israel and Arab countries, particularly the Yom Kippur War. Simplifying it is possible to say that all those conflicts were a kind of armed confrontation between two superpowers without declaring war. They played an important role in shaping the international order in the second half of the 20th century. It is even possible to maintain that during the cold war all those conflicts were a kind of a safety valve. Those conflicts also had an impact on the changes in the military art of the superpowers and the military alliances.