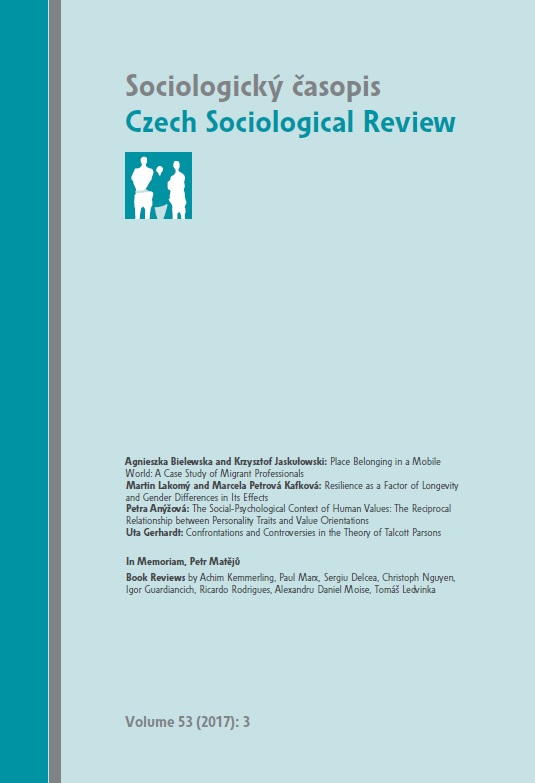 Summary/Abstract: Since the turn of the 1960s, Talcott Parsons’ social thought has met with criticism that his image of society is conservative inasmuch as he places consensus and systematic concept formation over and above conflict and ‘sociological imagination’. The hidden agenda in this criticism is political: the charges are that Parsons supposedly disavows democracy in his implicit or explicit knowledge aim, and that his sociology presumably makes society function even at the expense of freedom of the individual. Here the author argues that these accusations cannot stand if archival materials such as lecture notes, correspondence, and unpublished memoranda are taken into account. She claims that Parsons in his sociology conceptualised society from the standpoint of the real world of the day, including the major historical confrontations from the 1930s to the end of the 1970s. The first such scenario and the earliest confrontation that his work faced was in the era of the New Deal and the Second World War as the Anglo-Saxon democracies fought the racist imperialism of Nazi Germany; his ‘middle phase’ from the 1950s to the mid-1960s coincides with the Cold War at its height, the standoff between the capitalist United States and the communist Soviet Union; and his ‘late oeuvre’ has yet another agenda, namely the Watergate Affair, but also the struggle for racial equality and university reform in the United States. In his theoretical positions and in his opposition to his critics, Parsons defended liberal democracy against the powerful social and intellectual forces that put it to the test.