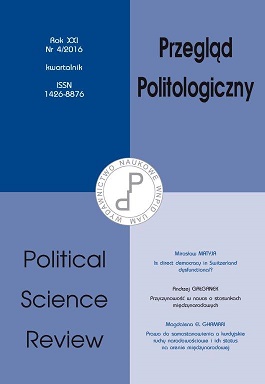 Summary/Abstract: The paper summarizes the nature of Eric Voegelin’s and Leo Strauss’s methodological approaches to the study of the history of political thought, in particular, the Western political thought. The paper concludes that in both cases the thinkers stray away from the mainstream, which is currently represented by contextualism. However, in their dissenting voices both authors take very different routes. Voegelin focuses on political symbols which are grounded in the metaphysical experience of their creators, and Strauss focuses on the perennial question of philosophy and classical, discursive rationality as the criterion of philosophical inquiry. They also differ in their opinions on the role of the political philosopher. For Voegelin, the philosopher is a defender or a co-creator of political creeds. For Strauss s/he is mainly the educator of politically savvy youths and, above all, the defender of philosophy as the most noble pursuit of the mind. The paper concludes by pointing out the importance and prominence of both thinkers.