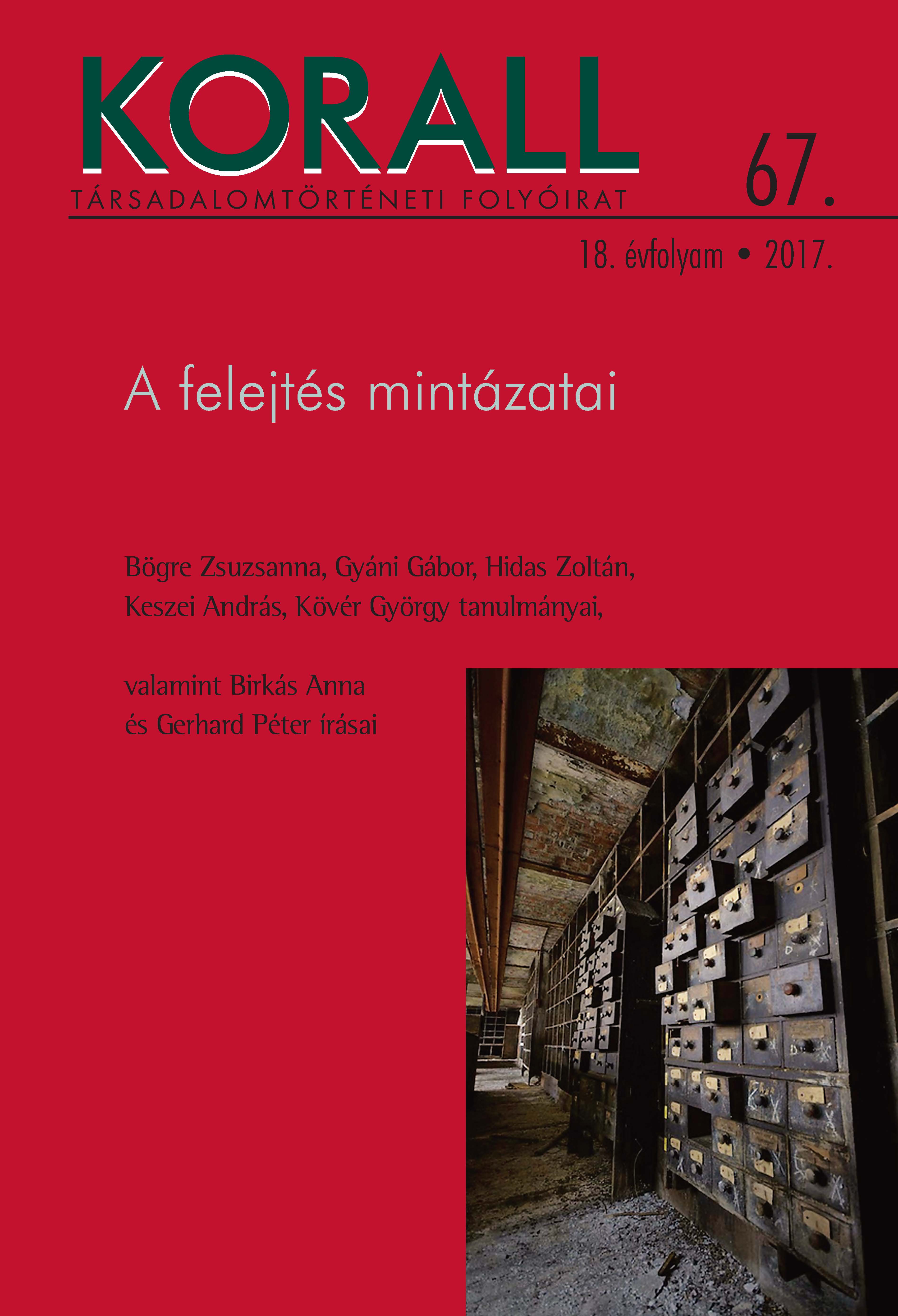 A gazdaságpolitika története mint párttörténet.
The History of Economic Policy as Party History.

Iván T. Berend and the Writing of Party History in the Mid-1960s

Summary/Abstract: In the post-1956 years, when the socialist era first became a subject matter of national historiography, the study of the party’s past by the officially established party history collective at the MSZMP (Hungarian Socialist Workers’ Party) was complemented by researchers from other historical institutions, for example by economic historian Iván T. Berend.Berend’s first work in this field, Economic Policy at the Start of the First Five-Year Plan 1948–1950, published in 1964, was a turning point in his career as a historian. The analysis of the book’s content and reception, as well as the context in which it was written shows that it also functioned as a thesis on party history proper. From the perspective of analysing historical economic processes Berend was able to formulate at times ideologically sensitive observations concerning the party, thus the book became something of a critical party history. The subsequent debate between Berend and economic politician István Friss concerning the monograph made some genre characteristics of party history as a fusion of ideology and academic discourse marked and palpable.With this work, Berend has proven that he was in possession of a type of knowledge within the traditional institutional framework of learning (i.e. academic-university circles), which can integrate academic research and ideology even in the most ideologically charged environment, that is, regarding the Party. In his memoirs he noted that it was thanks to this volume that his career became intertwined with the birth of the so-called New Economic Mechanism model.

A menekültlét arcai. Örmény menekültek és a menekültügy kialakulása The Faces of Refugee Status. The Armenian Emigrants and the Evolution of the Refugee Cause 2011 Book Reviews Book Reviews 2014
2022 © CEEOL. ALL Rights Reserved. Privacy Policy | Terms & Conditions of use
ICB - InterConsult Bulgaria core ver.2.0.1201