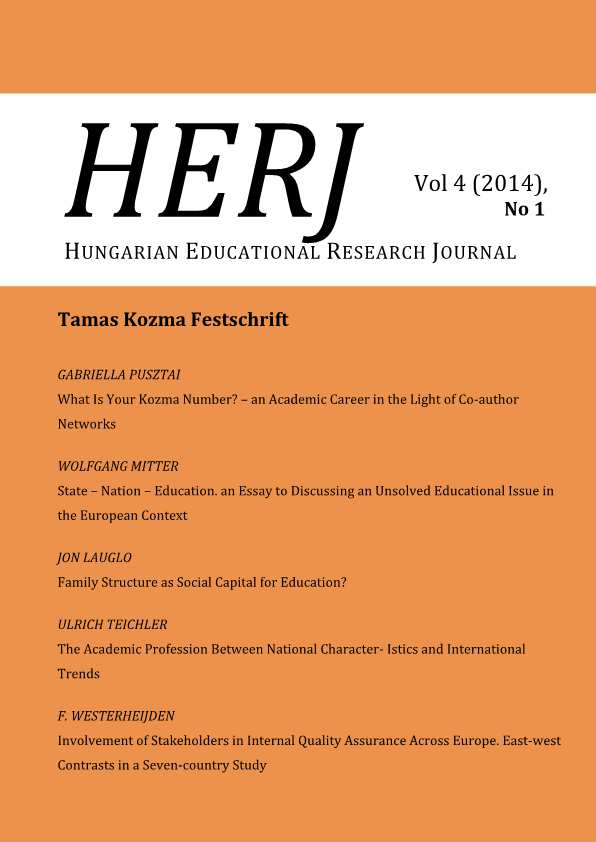 Summary/Abstract: This paper reports on a cross-national comparative study into quality assurance in higher education, which was meant to uncover drivers and barriers to European harmonisation experienced by higher education institutions. The research on which this contribution is based was undertaken in the context of the project ‘Identifying barriers in promoting the European Standards and Guidelines for Quality Assurance at institutional level’ (IBAR). The study starts from the instrument in the Bologna Process to increase compatibility of quality assurance in all, by now 47, countries in the EHEA. Our analysis focuses less on the formal quality assurance processes that happen once every five or more years, and more on the continuing internal arrangements that influence the quality of education on a daily basis. We can conclude that in three of the Central European countries involved in this study, state and regional public authorities were seen as important stakeholders, and this somewhat étatist approach contrasts with the more prominent and direct influence of private sector representatives in the Western European country cases.