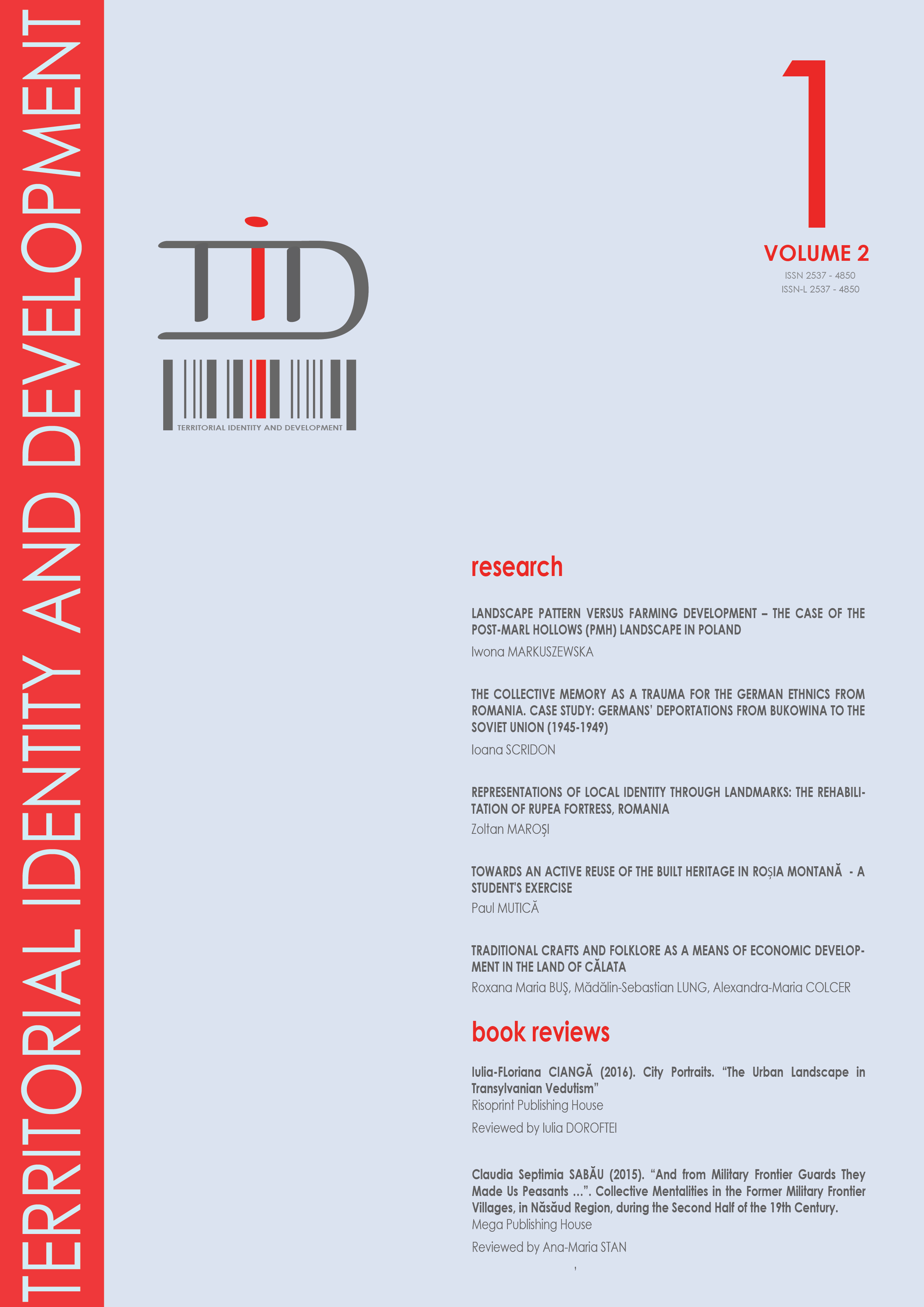 Summary/Abstract: Roșia Montană is currently a village (former town) in Transylvania, with a declining population of about 4,000. But it is at the same time one of the most famous villages in Romania, due to the controversy surrounding it, which led to major public manifestations and protests in the autumn of 2013. In a way, the project of Gabriel Resources, which sought to obliterate the historical site and replace it with an open pit gold mine and a cyanide lake was so outrageous that it actually helped popularize the vast heritage of the village and offered an incentive to promote it on the UNESCO World Heritage List, thus protecting it from further such claims. The Faculty of Architecture in Cluj found this a great opportunity for an international workshop with our French colleagues in ENSA Clermont Ferrand, who were glad to travel to Cluj and exchange ideas and even a small project for a few days. During their stay, we visited the site and chose one of the most interesting but sadly deteriorated buildings as grounds for a restoration project – the Reformed Parsonage. Our workshop focused also on a documentary assignment that bid our students to search out for similar cases to Roșia Montană in Europe and the whole world, so as to draw some conclusions about what is specific and what is similar in this particular context. This paper gives a glimpse into the research we undertook with our students and our findings. One such similar case we found with our students would be Kremnica in Slovakia, also sitting on a sizeable gold deposit coveted by a Canadian mining company that promoted open pit cyanide mining there. There are open pit mining sites that threaten to engulf entire towns like Cerro de Pasco (Peru), but also sites that have been put to better use like in Curitiba (Brazil) and Falun (Sweden) and have been converted in cultural venues. Overall, the goal of the effort was to use the entire collective to determine similar cases around the world, resulting in contextual and viable architectural projects, particularly adapted to the special situation in Roşia Montană, some of which will be presented in short as results of this research.