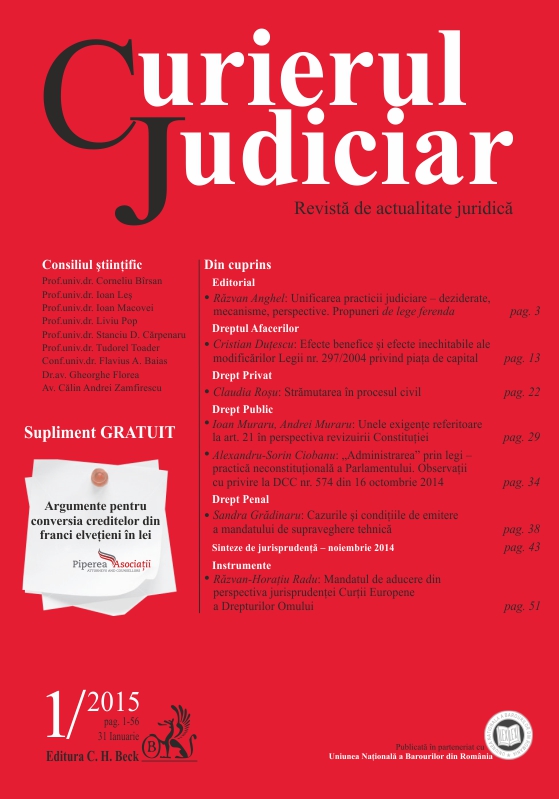 Summary/Abstract: Due to the Ombudsman`s request, the Constitutional Court granted the objection regarding the unconstitutionality of the Law no. 216/2008 and adjudicated that the law has broken several constitutional provisions, mainly those regulating the principle of the separation of powers, those guaranteeing and protecting the private property, those regarding the legal statute of the local public authorities, as also those regulating the need for the state to protect the national interest within the economic activity. Essentially, the judgment of the Court was justified due to the pure individual character of the contested law, mainly the administrative nature, intuitu personae, of the measures to be taken under this law.