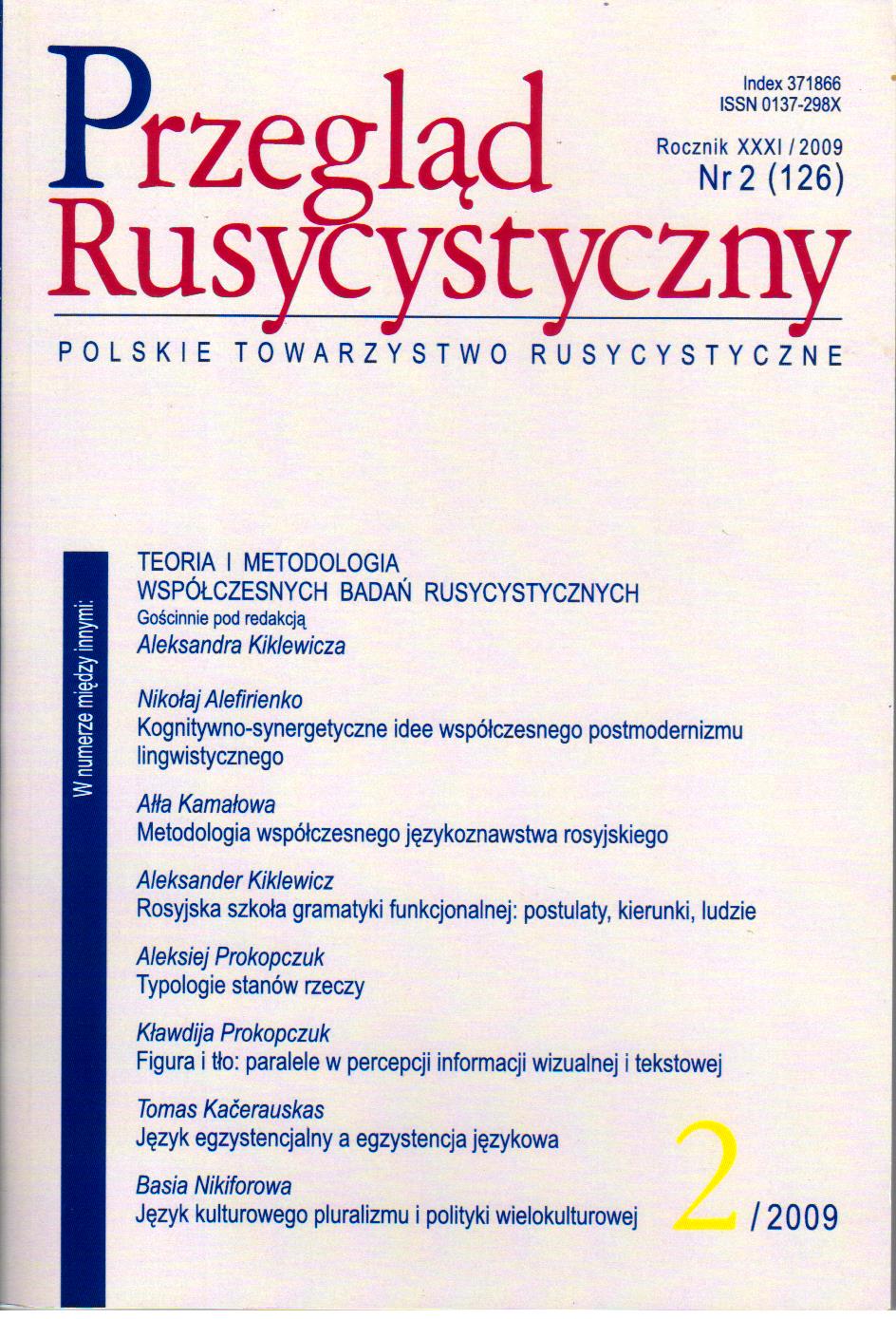 Summary/Abstract: Grammatical structures with aspectual markers are considered here in relation to their cognitive prototypes. Optimal grammatical structures exhibit maximal correspondence with their cognitive models. Such structures are characterized by a minimal strain on the native speaker’s linguistic abilities. In the sphere of grammatical aspectuality, iconic paradigms of perfectivization are optimal. In present-day Russian, they are ousting non-optimal countericonic paradigms of secondary imperfectivization as well as non-iconic syncretic paradigms. In the field of lexical aspectuality, contextual and syntactic markers with a single actional meaning are simpler exponents of aspectuality than morphological markers, the latters combining the information with respect to the aspect and the Aktionsart. That is the reason why grammatical structures with contextual and syntactic indicators of aspectuality are optimal and therefore preferable. As far as the repertoire of the means of expression of aspectuality is concerned, the share of such constructions is constantly increasing in contemporary Russian.