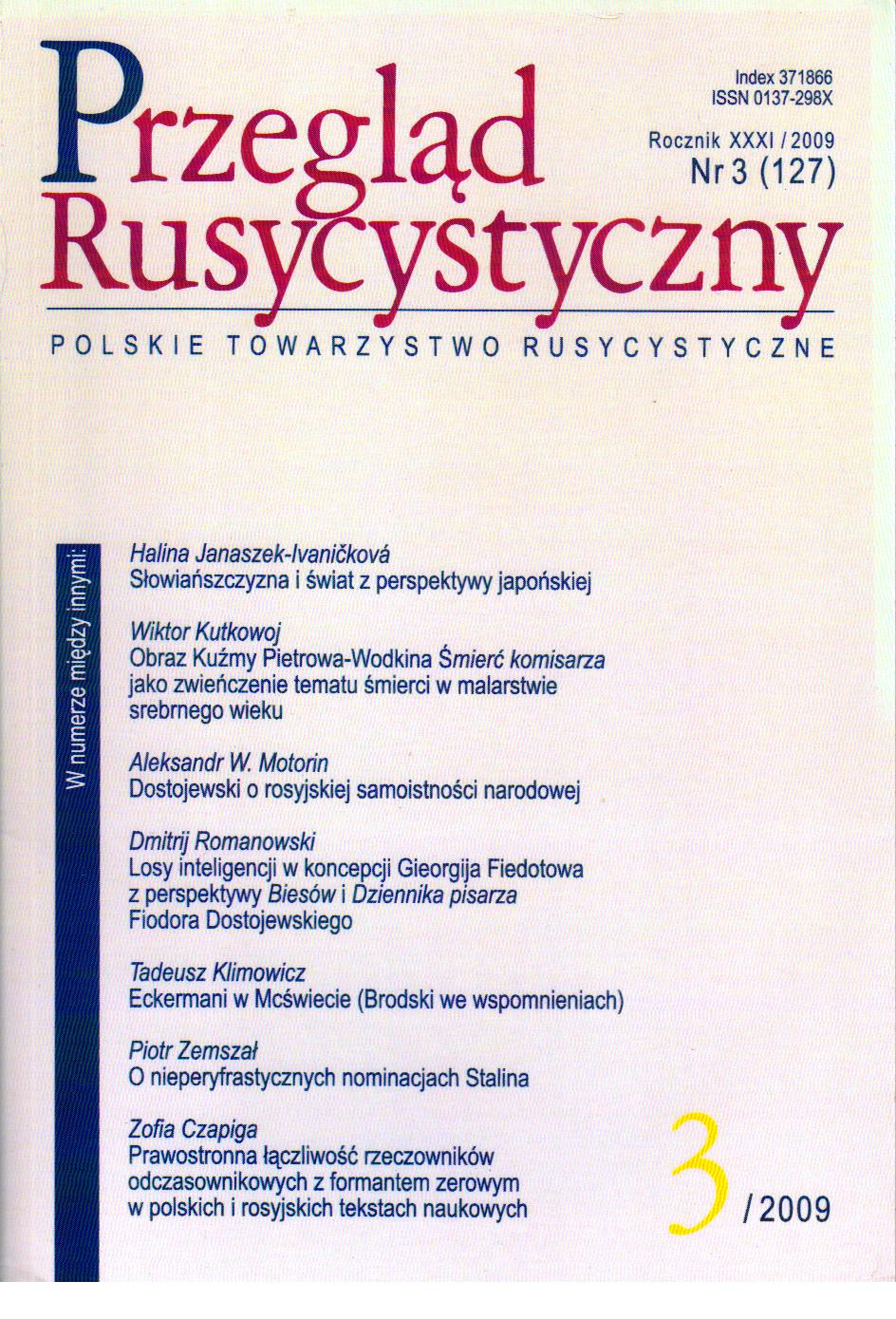 Summary/Abstract: A famous picture of Petrov-Vodkin The Death of Komissar was considered earlier as one of the first works of the Socialistic Realism, but in this article it is examined as an image, which has been philosophically refl ected the tragedy of Russian society of the first quarter of XX century. The artist comes running to difficult multilevel combinations of symbols and metaphors, leaning on the possibility of ambiguous interpretation of artistic tropes. Master appears as a certain enigmatic island of The Silver Age in the center of a raising wave of The Soviet reality. The audience become a witness of the dying of this contradictory prerevolution epoch in the Iron Age.