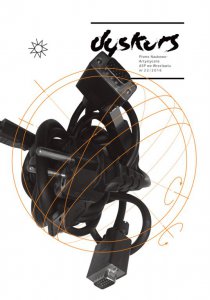 Summary/Abstract: The analysis of new media is a difficult task, mainly because of the lack of a uniform definition of new media. The term ‘new media’ has been in use for at least forty years and means that we encounter a new quality media. However, in many cases, such theoretical assumption of a definition does not go any further and does not indicate what is this new category,what is new in the media. This difficulty should be primarily overcome by drawing a clear boundary between old and new media. Some kind of difficulty in the study of aspects of the new media is precisely their novelty. Analyzing the new is always related to uncertainty, lack of distance,hypotheses, forecasting. Focusing solely on the media which are totally new at the time of analyses may be a certain kind of methodological trap.At the rapid development of technology such kind of ad hoc hypotheses may turn out completely useless and having no meaning, something that can be treated as a fleeting attempt of analyses. When exploring new media we should take into account the broader historical context, point wider consequences of media attention, take into account the context of the relationship of technology and culture and the consequences that result from this interdependence. Only then will the research on the issue of media attention go from the level of local insights onto the level of deep, broad scientific analysis, which will allow to organize the so-called archaeology of new media and to answer the fundamental question: howto distinguish new media from old media.