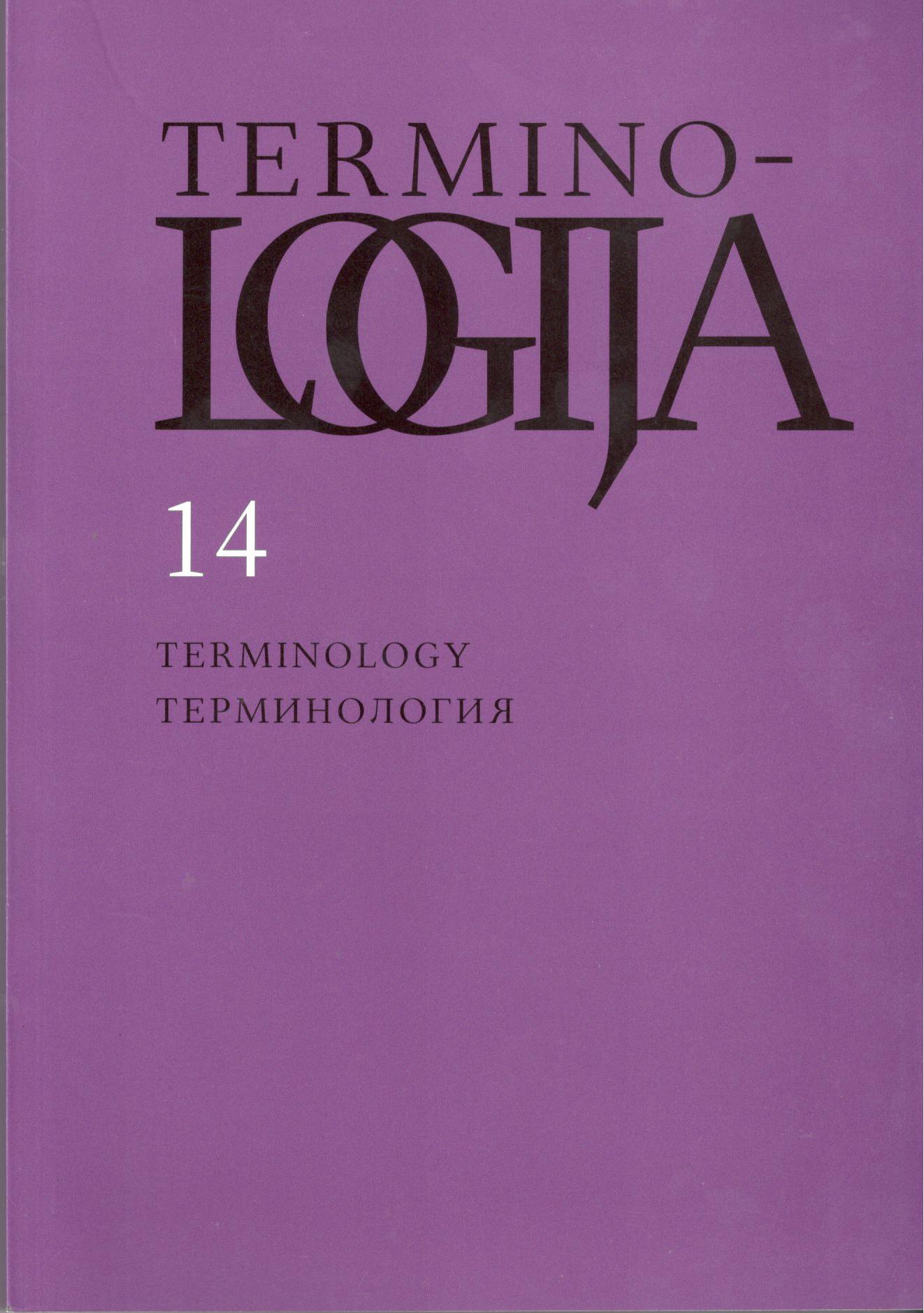 Summary/Abstract: In accordance with the modern views, a term is described as a static unit of a certain language for specific purposes that serves the function of fixation of specific knowledge as well as a dynamic unit that appears in the process of cognition as a verbalized concept. During its existence any term passes through three stages. The first stage is the birth of a term (usually in the process of speech), when it can be incomplete in its quality (there are several types of term-forming). The second stage is the period of adolescence, when a term is a unit of some terminological system that reflects certain sphere of knowledge. The third stage is a period of dying, when a term is excluded from the usage (as a rule that happens when the theory that described this particular sphere of knowledge is substituted by some other).