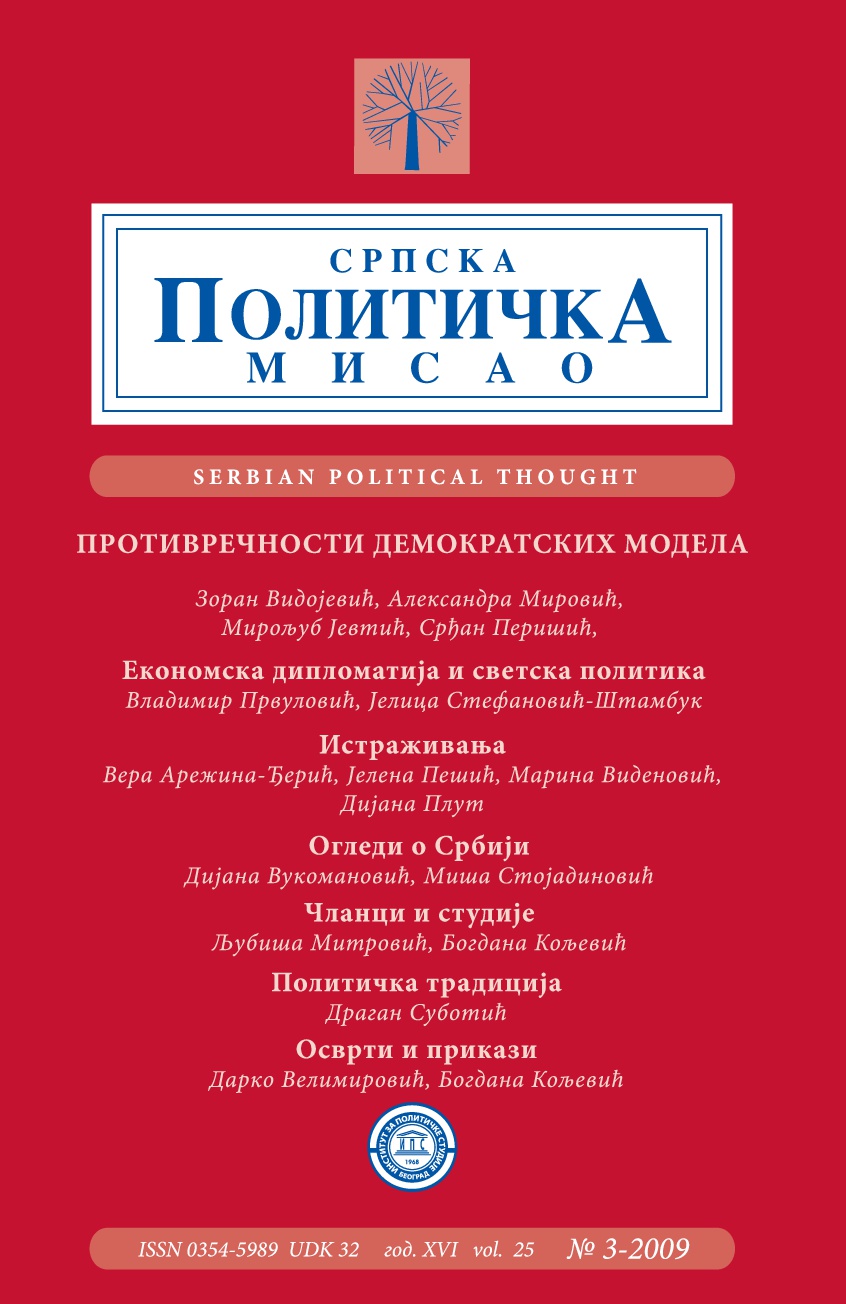 Summary/Abstract: Strengthening and rise of religion in contemporary society represents an expression of structural crisis of the Long Wave and historical restauration, but it is also a very specific form of a spiritual critique of that crisis. Author focuses both on religion and the contemporary society, ie. The focus is on the relation between the crisis and the phenomenon of the strengthening of religion and retraditionalization, on one hand, as opposed to the processes of modernization and secularization on the other one. The author explores contemporary incongruities between a neoliberal model of transition and an asymmetric type of monocentric globalization, which have generated enormous social inequalities and discrepancies between the North and the South, between rich and poor social classes. It is in this context, the one characterized by globalization and fragmentation of contemporary society and socialdarwinization of social relations, that the author analyses the alienation of the man in contemporary world and present a critique of apologetic positivism in science and philosophy, focusing thereby especially on the manifest and latent role of religion in the contemporary world, and especially in European in the Balkans at that point. The author links the current rise of religion, and especially that of religious fundamentalism, to the blocked processes of modernization and development, making a point thereby that the transformation of religion from a tool of creative expression of human socio-psychological powers into a form of regressive destruction, is a result above all, of structural inequalities and various forms of social violence in the world; as a saying goes: “The sword takes the centre stage when justice fails or comes late.” The author put forward the thesis that the rise of religion represents not only a expression of crisis of the contemporary society, but that it also constitutes a tool of rebellion against the apology of the crumbling analytical mind and social injustice. The given phenomenon is therefore also a critique of the dehumanization of the man’s current state and an attempt at renewing theology of liberation. The author especially underlined the role of religion in development of the culture of peace, as well as that of the globalization of solidarity and understanding in the world, pointing thereby to the fact that there can be no global peace in the world that is devoid of global justice.