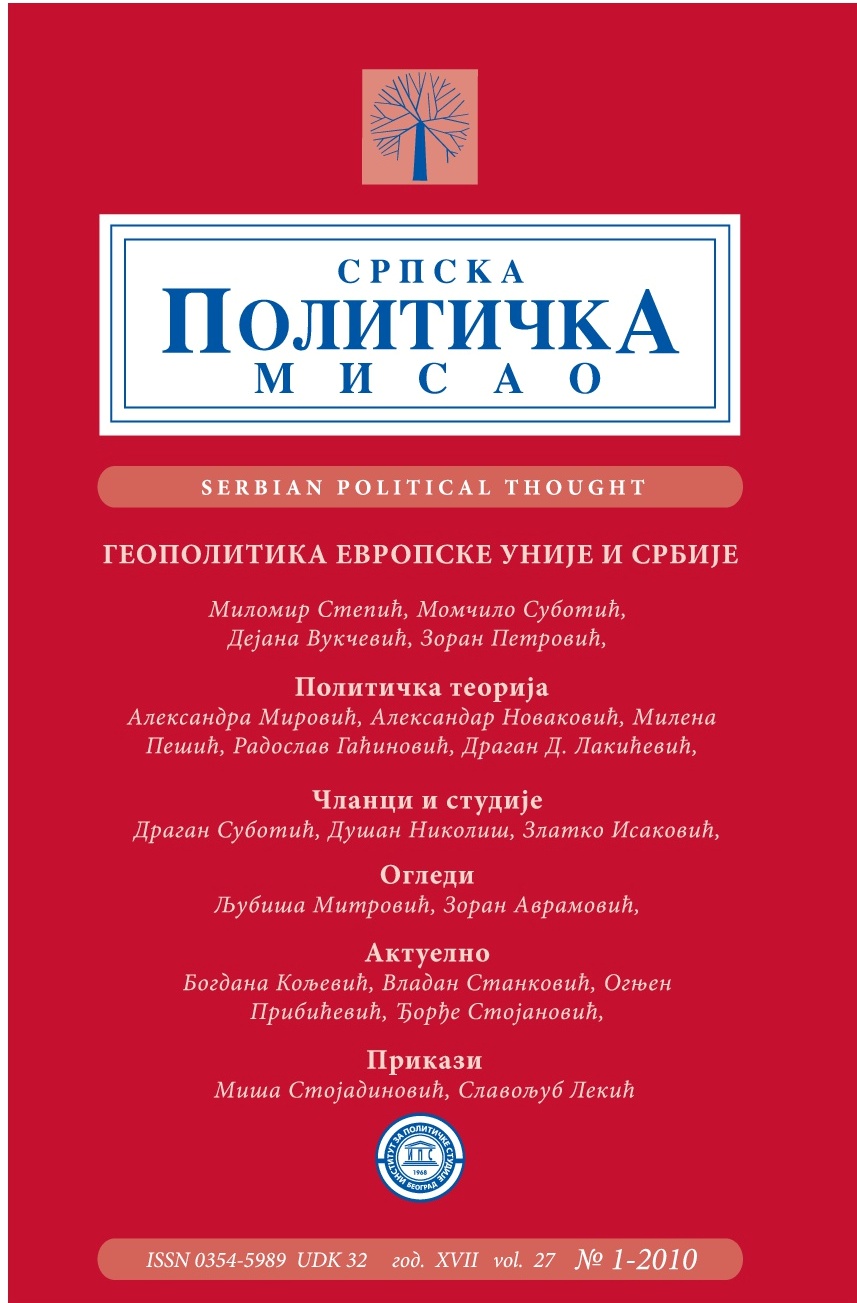 Summary/Abstract: In this article the author argues in favor of the idea of contemporary character and sustainability of national identity in Republic of Srpska. Considering the transformations of political identity in world theory and practice, an interrelation between the concept of politics and the concept of identity is elaborated, together with the inner connection between politics and ethics. In the second part of the article, the idea of European values is analysed in the context of political reality of Republic of Srpska today, that simoultaniously reveals its character as one of Enlightement and one of Christianity. The author concludes the analysis by introducing the idea of democratic structure of national identity in Republic of Srpska.