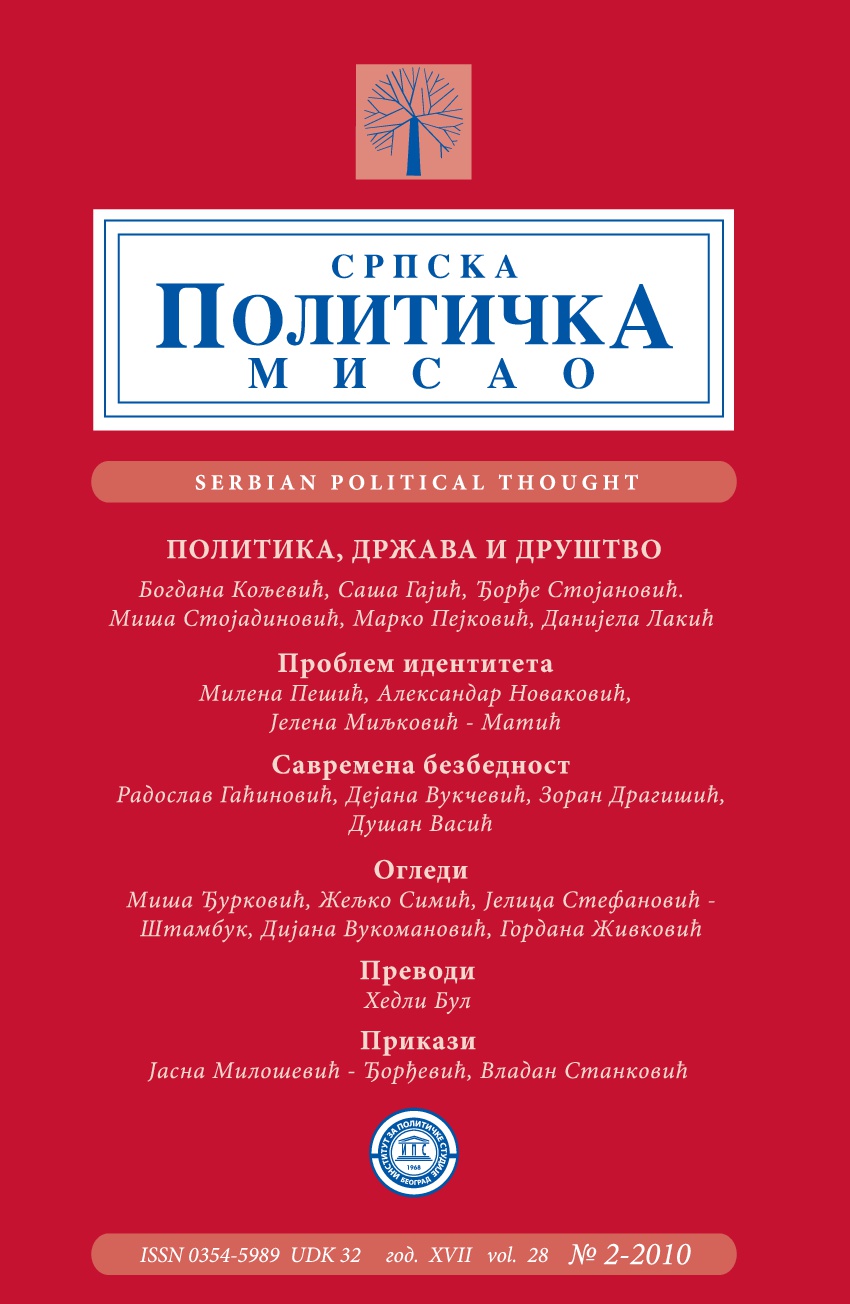 Summary/Abstract: In this paper we tried to address question of semantic reduction of the concept of identity in a discourse of multiculturalism. Having in mind sheer complexity of the issues of identity and culture, as well as their mutual relationship, this semantic deficiency is explained through the description of multiculturalist approach to the problem. Aiming to this, a short review of the most relevant conceptions of identity is offered, as well as differences in apprehensions between old and contemporary approaches. Following this, a description of the basic starting points of multiculturalism is given – focusing on public recognition of minority identities; namely, its protection under special legal status, with introduction of „group differentiated rights“. The purpose of this description was to present structural defects of multiculturalists’ argumentation in favor of establishment of collective identity rights category. Also, it should document its inability to disengage from strictly political considerations. Since social construction of identity is highly stipulated by ruling stereotypes within society and dominant discourses present in a public sphere – namely, discourses used by individuals in their own cultures, its analysis should have indicated how much special approach to identity issues labeled „the policy of recognition” is problematic with a respect to real understanding of complexity of its nature. Dealing with the problem of public sphere should have depicted complex social/communicative context within which the processes of social representations of identities and culture affirmation, are being unfolded. From the contemporary debate, introduced in the academic circles with theory of public sphere of Jürgen Habermas, some elements of critique of habermasian concept, related to the key changes in the understanding of public sphere, are being extrapolated. These shifts in understanding are contouring the lines of multiculturalists horizon, in which we perceive public sphere as the space of openness for different „voices“, identities, interests, cultures, and place of constant changes introduced by communicative practices; changes, equally concerning power relations among ruling and competing discourses, and promotion/transformation of identities and cultures within it.