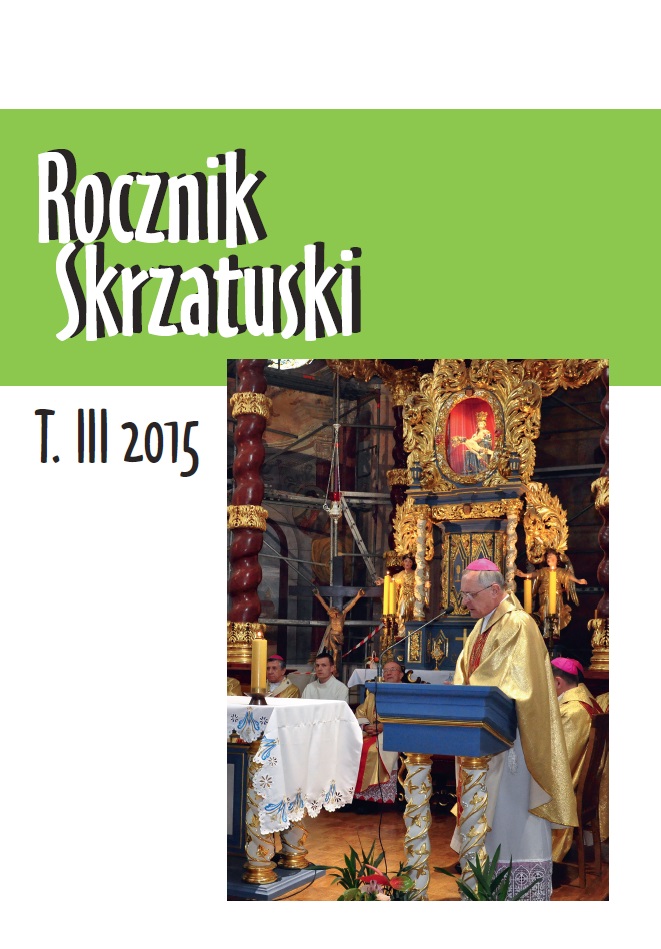 Summary/Abstract: The Gothic church which stands on the eastern shore of Lake Jamno and to the south of Mountain Chełmska near Koszalin with its traditions of medieval shrine of the Virgin Mary also enjoys the legend of pilgrimages. The extensive restoration work is associated with the search for historical traces of worship of Osieki Miraculous Host from 1400 to the beginning of the Lutheran reform in Pomerania (1535). The Osieki tradition (formerly Wusseken) is considered particularly with the Eucharistic movement in XV century around the shrines of Pomerania (within the historical boundaries), Mecklenburg and Brandenburg. The architecture and history of the expansion of the temple suggest the dynamic development of religious life in this seaside part of Poland. We have found plenty of information about Osieki Eucharistic miracle in the annals and literary heritage of the Church of Pomerania during Reformation. The older and contemporary historiography requires critical reading of studies that often duplicates negative stereotypes in stories about the "dark ages" and their superstitions seen in various forms of Catholic piety.The preserved equipment of the temple comes mostly from XVII century and has the typical characteristics of Lutheran baroque ( a pulpit from 1672, an altar from 1616, a baptismal font from about 1650, an epitaph from 1710). It expresses the spirituality of that time rooted in the Bible and focused on the apostolic tradition. The preparation of the conservation draft requires the knowledge about the oldest religious tradition of the temple expressed in the Gothic aesthetics and symbolism. It provokes a new poetic creativity in prayer that helps in shaping modern Eucharistic ministry in Osieki that is open to regular parish life, tourists during holiday and pilgrims to host on their Pomeranian Way of St. James or the Cistercian Way. The multi-faceted work around the temple in Osieki combines with the hope that this holy place become an interesting place for pilgrimages paths forming a European Christian civilization.