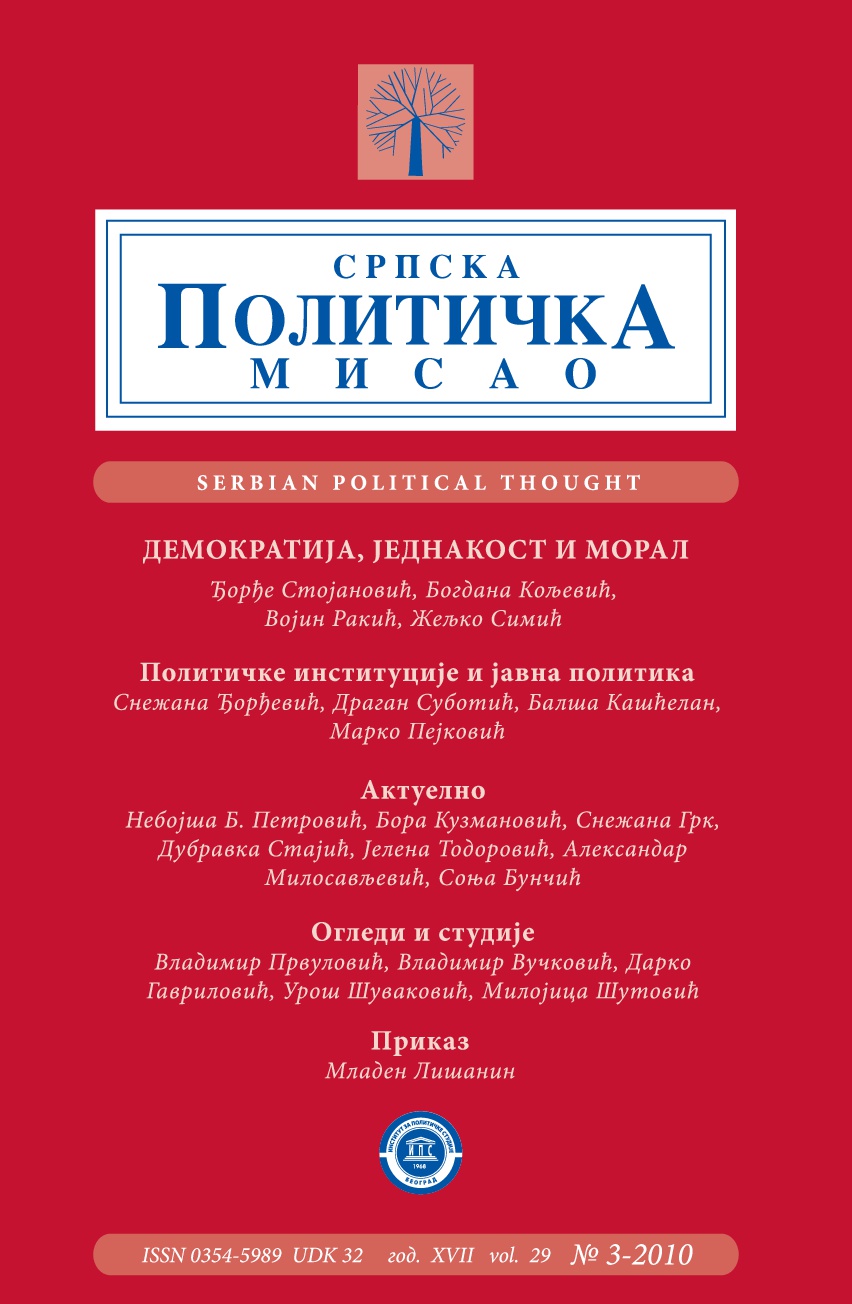 Summary/Abstract: Since the time of Antic founders of political philosophy throughout history many philosophers have tried to present democratic form of social government as a praxiological, well-purposed and almost ideal one, by the force of their idealistic arguments. However, despite that, they have also tried, each and one among them in their own way, to critically observe and analyze aporia of democracy in its original evolutive antinomics. They understood that the government of the people inevitably become representation of the people, hiding an immanent danger for each democracy to develop into the government of majority over minority, and the latter one into an enforced government of the public opinion. This is similar to the theoretical supporters of liberal political philosophy who have been underlining that this modern concept of the state, in synergy with emancipationary character of democracy itself, leaves behind itself a great heritage of provision of freedom to individuals from unlimited voluntarism of the government and politics. However, the same theoreticians, along with the apologetic line of their own speculations, have been implicitly warning about two potential sources for the misuses of liberalism that followed. The constructivisionist weaknesses of liberalism were reflected, firstly, in negative understanding of human freedom, and then in reduction of affirmed (affirmative) model of human nature regarding satisfaction of material, that is, propertive interests, or, more precisely speaking in high instance, vulgar economic interests that inevitably lead to antrophological solipsism. Therefore, this paper is not dedicated only to the history of ideas of democracy and liberalism, but to neuralgic ontological points of these two political phenomenons, or, to latent possibilities of deformation of some potentially negative aspects of liberal-democratic doctrine that have experienced their own emanation in the contemporary period of globalism.