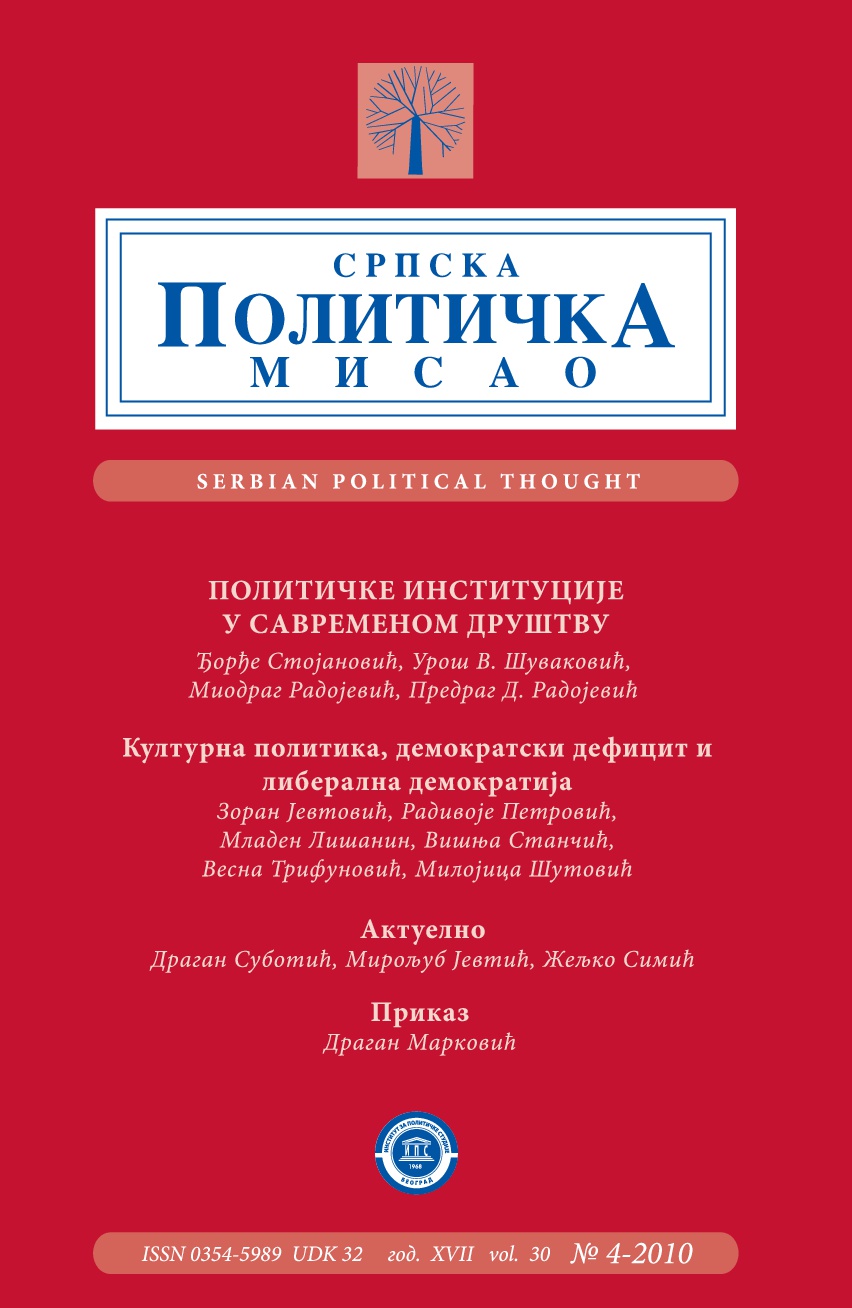 Summary/Abstract: This paper has a goal to mark new dimensions of power as crucial factors for nation’s image promotion in modern globalized word, in which media play a central role. Without the development of the all- inclusive strategy, founded on soft and smart power, and implementation of well- known marketing and management tools it is not possible to create and promote image of any nation. Field of new power dimension gives a good opportunity for creation and promotion of image of nations which don’t have traditional power resources, among which is Serbia as well. By creation and implementation of this kind of strategy it is possible to exceed limits and prejudices related to certain nations in international public, which is prerequisite for their joining to modern international political and economical relationships. This is a reason why nation image promotion should be seen as an investment in better future. In spirit of that, national identity and nation’s distinctions have fundamental importance, even though it is one of the contradiction of globalization.