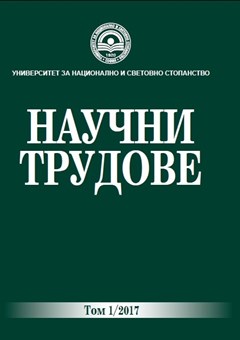 Summary/Abstract: The business activity of religious organizations and their economic relations with otherbusiness agents (households, companies, the state) have been poorly studied but from aresearch perspective they represent an exceptionally interesting field for analysis. Thepurpose of this study is to substantiate the theoretical basics of church economy and doan empirical analysis on its functioning and its mechanism of action. At the same time,the study will also search for confirmation of the following research thesis: namely, thatchurch economy is an important element of national economy, creating GDP and generatingcertain employment and as such, on the basis of existing theoretical concepts, wewill define it and determine its components and peculiarities, which will serve for thecreation of a methodological model of its measurement and evaluation.The categories of economics of religion and religious economics (economics of religiousactivity) have been defined on the basis of the theoretical-analytical approach, andthe different in meaning term "church economy" has been introduced, which gives usthe opportunity to encompass the overall religious activity in its social-economic aspect.The data about the social-economic activity of the church are, first and foremost, limitedand unreliable. Official statistics collect a very limited circle of information about theactivity of religious organizations. Despite this restrictive parameter, the first attempt inBulgarian economic literature for a theoretical-empirical analysis of church economy hasbeen made.