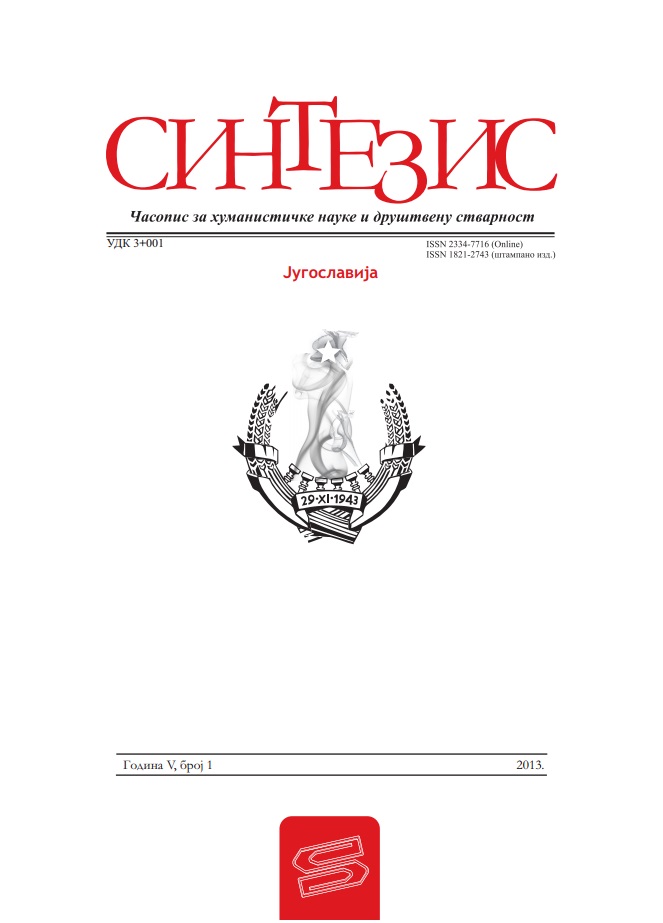 Summary/Abstract: Throughout modern history of Serbia and Belgrade “Kafana” has shown to be one of the most im-portant social institution in Serbian society. In “Kafanas” of XIX and XX century Belgrade the first politi-cal parties were formed, the first newspapers and the first contours of civil society emerged, the first theatre play and cinema projection were held. The goal of this article is to show that the institution of “Kafana” is a mirror of awakening of the Serbian modernity, that “Kafana” is the true representative of public life of XIX and XX century Belgrade. In the first part will deal with the emergence of coffee and “Kafanas” in the Balkans, as well with the representation of XIX century Belgrade in the eyes of foreign travellers. The second part will address the social functions of “Kafanas” and we will try to explain what political, economic, cultural and societal functions she had. The conclusion is that “Kafana” is not merely a place of vice and hedonism, but foremost a place where modern Serbia was born.