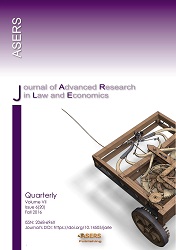 Summary/Abstract: The article deals with the development of the theory of human capital, including approaches to quantifying its value and the return on investment in human capital. The results of research by the authors of factors affecting wages in Kazakhstan are presented. The econometric tool used in analyzing the determinants of wages is not only quantifiable variables, but also a special kind of variables known as ‘dummy variables’. A number of econometric problems arising in the practical application of the model of human capital have been studied. Among them, the problems of measuring data and endogenous are most prominent, due to the impact of an unobservable variable, such as a person's ability. The analysis of the return on education and professional experience is described, both at the national and regional and sector levels, the gender aspect of the formation of wages are considered.