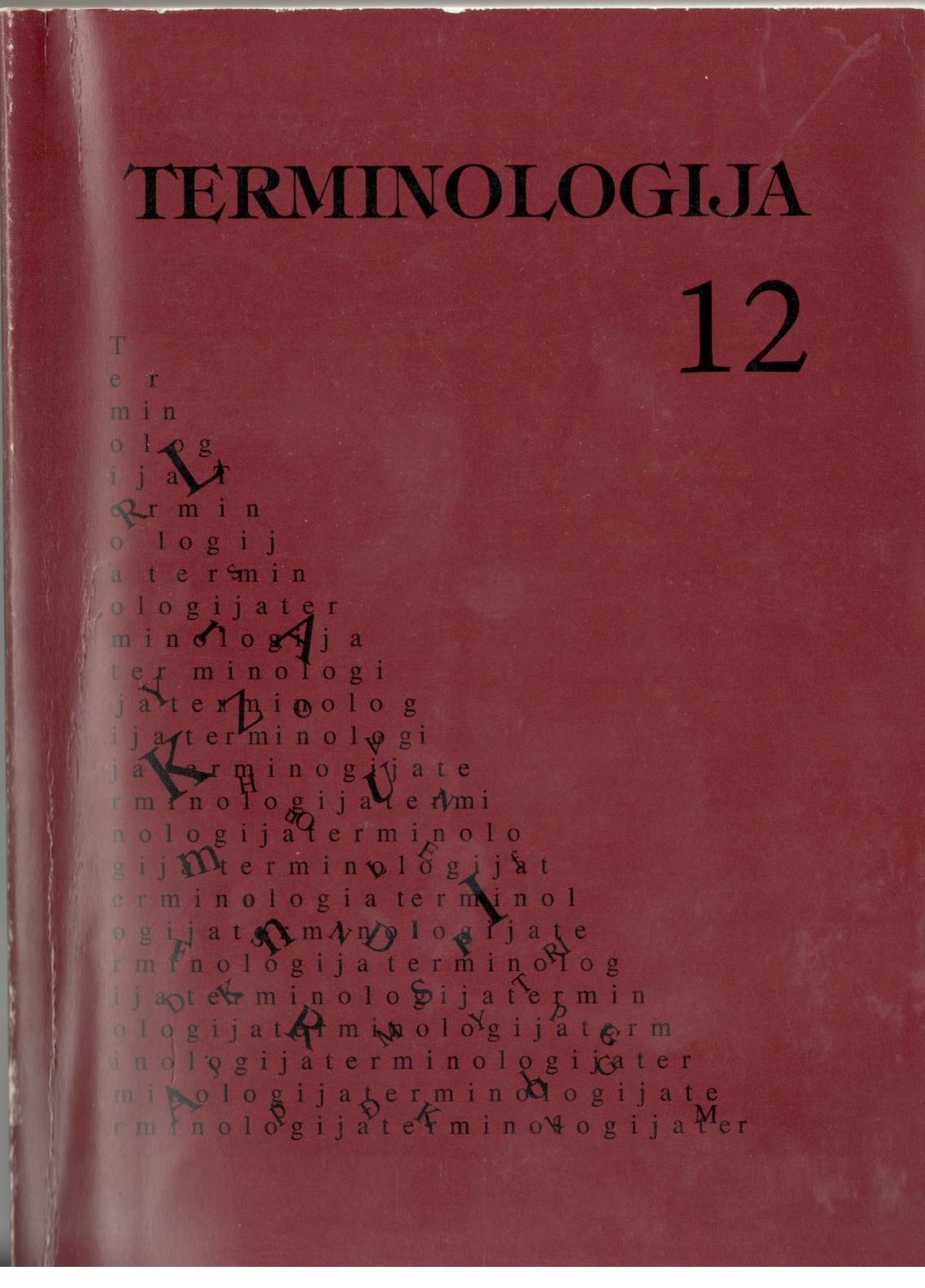 Summary/Abstract: This article investigates the origin, synonymy and some usage issues of names of epic, lyrics, drama genres, genre forms and kinds used in the first Lithuanian textbooks of literature theory. The material for this article was collected from all special works on the theory of literature published between two wars – Raštijos bei literatūros teorija (The Theory of Writing and Literature) (1918) and its third edition Literatūros teorija (The Theory of Literature) (1922) by K. Bizauskas, the textbook Stilistika (Stylistics) (1923 and 1927) by M. Gustaitis, three different editions of the textbook Literatūros teorija (pagrindiniai prozos ir poezijos dėsniai) (The Theory of Literature (The main laws of prose and poetry)) (1923, 1926, 1930) by J. Norkus, Prozos ir poezijos teorija (Theory of Prose and Poetry) (1925) by St. Češūnas, the fourth edition of the textbook Literatūros teorija. Poetika (The Theory of Literature. Poetics) (1938) by J. Ambrazevičius.Most of the names of epic, lyrics, drama genres and other classification units are of the foreign origin: there are two and a half times more international one-word terms than Lithuanian terms, complex terms of the mixed origin (Lithuanian and foreign origin) – make a bigger half of all complex terms and terms of the foreign origin make more than two fifths. Words of foreign origin are the elements of two-word terms one and a half times more frequently than Lithuanian words. Only three-word terms with the subordinate elements of the foreign origin are fewer than three-word terms with the subordinate elements of the Lithuanian origin.There is one feature of terms (both one-word and complex terms) in textbooks, published in the twenties of the 20th century, which was quite common at the time – variation. It was predetermined by not unified Lithuanisation of international terms or words of the foreign origin, which made the subordinate elements of complex terms.Like nowadays, two structural types of two-word terms prevail – terms with the suffix -inis and terms with a genitive of the noun.There are more synonym lines in all editions of the textbooks of literature theory than in one publication (usually there are two synonyms used in one publication). In some cases when changing synonymous terms not always the better way – the Lithuanisation – was chosen. The comparison of the synonym lines in the textbook by K. Bizauskas published in 1922 and in the work of J. Ambrazevičius dating 1938 shows that a number of synonyms was not decreasing.The first textbooks of theory of literature show some things important to the terminology of literature theory, for instance, a promiscuity in the usage of the names of epic prose genres, the usage of sakmė (saga, story) in the meaning of “pasakėčia” (fable), not hasty move from apsakymas (story) to novelė (novella), a differentiation of terms liaudiška daina and liaudies daina (folksong), a difficult way of the word atsiminimai (memoirs) into the terminology of the literature theory.