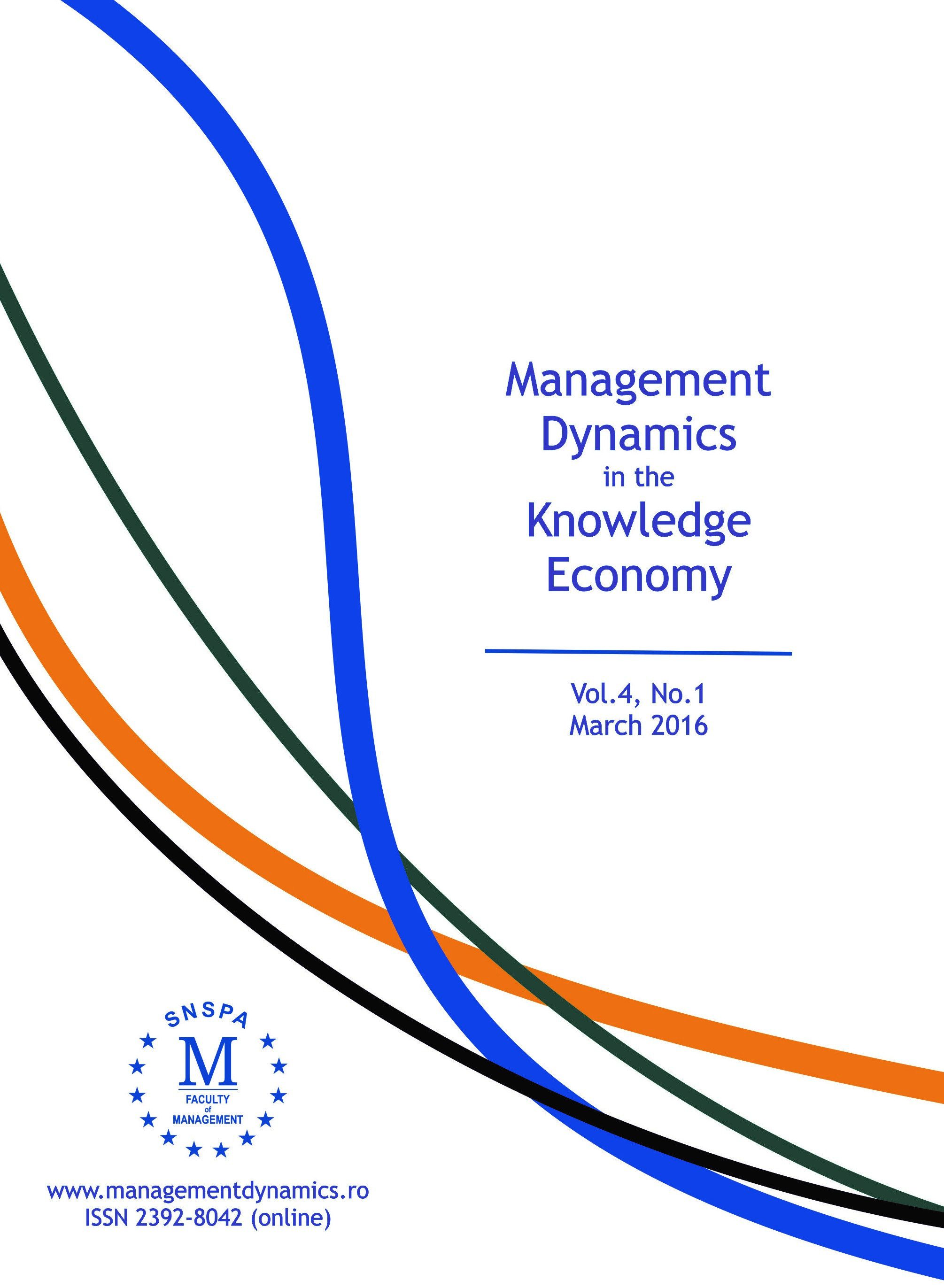 Summary/Abstract: During the last few years the concerns regarding the youth in the European Union have become a topic of high interest for the European Commission. The official data gathered by the European authorities show that the early school leaving and youth unemployment, coined under the umbrella term of NEETs phenomena, plague the young generation, thing which, along with the aging of the population, gives rise to many questions related to the future of the European construct in terms of economic evolution. Some authors have written since the 90s about the emergence of a new generation, comprising of people born roughly between the 1980s and the year 2000,who are digitally savvy and seem to embrace a different life outlook than the previous generations. In Romania academics and the media have become interested in this generation not because of their prolific activities and professional success, but because many of them seem to lack the desire to take a job or to invest in a solid career. Previous studies have shown that there are indeed digital natives who seem to be extremely proficient with technology, innovative, problem solvers who bring increased profit to the companies they work for, but also that there is another category of youngsters who expect much from their managers and from the companies they work for, in terms of salary and work conditions, but who are not well prepared professionally and who are not ready to respect the discipline required by their employers. The present study has the objective to reveal what Romanian managers think about the young employees(the so called digital natives) and about the prospective employees belonging to the same generation. Data has been collected using in depth interviews with Romanian managers who are currently working with digital natives and with managers who recruit youngsters. The results show that there is a remarkable gap between various groups in this generation. There seem to be two large categories of young employees:the ones who are professionally well equipped, willing to improve their lot and working to find the best ways to do their tasks, and others who seem to be always chasing for a dream in the professional realm but never manage to respect and follow the rules that would help them make it real.