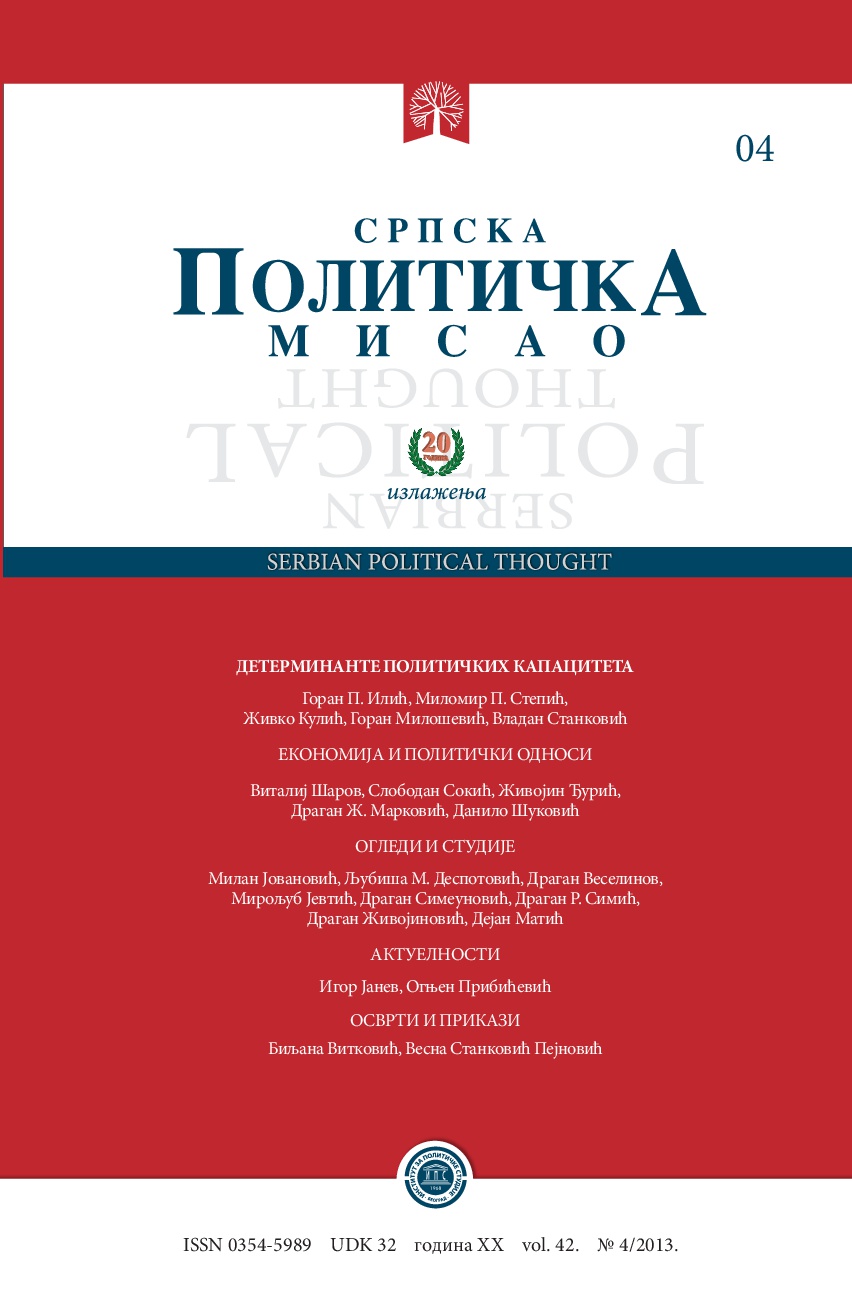 Summary/Abstract: Legal analysis of the Brussels Agreement showed here that this document despite of the significant number of interstate elements, still cannot be interpreted clearly as an usual international agreement. It turned out in the analysis that the one basic or fundamental legal element to interpret this act as an international agreement is apparently missing. The one component missing here is an implicit consent (as well as expressly given consent) that this is an international act, and in that way particularly it has been concluded that without such an essential element Brussels Agreement cannot be characterized as an international treaty. Furthermore in the same context, it is missing in that act an implicit (as well as explicitly given) consent from Serbia to recognize another entity as a state with an international juridical personality, as well. Thus, legally considering, there was no any de jure nor de facto recognition from Serbia in that mutual act. Here the principle(s) of Bona Fides also implied (and formulated) that the basic element for such recognition is an essential necessary consent and demonstrated will for recognition (from Serbia), provided without doubt. On the other hand, one can still observe that the Brussels Agreement represent an legal act apparently rich of international legal elements. That act, as noted in the presented analysis, constitute international legal precedent or as one can put it precedent of quasi- international contractual law or virtual quasi- international act. It can be most likely be described as a political arrangement suitable for different interpretations depending on sides involved in the process and parties in the contract-arrangement itself. Apart from its juridical character, and apparent loss of Serbian authority in the Kosovo and Metohija, it was finally concluded that the agreement still opens up some opportunities to Serbia at the United Nations for struggle against further recognitions and membership aspirations of „Kosovo„ in the United Nations.