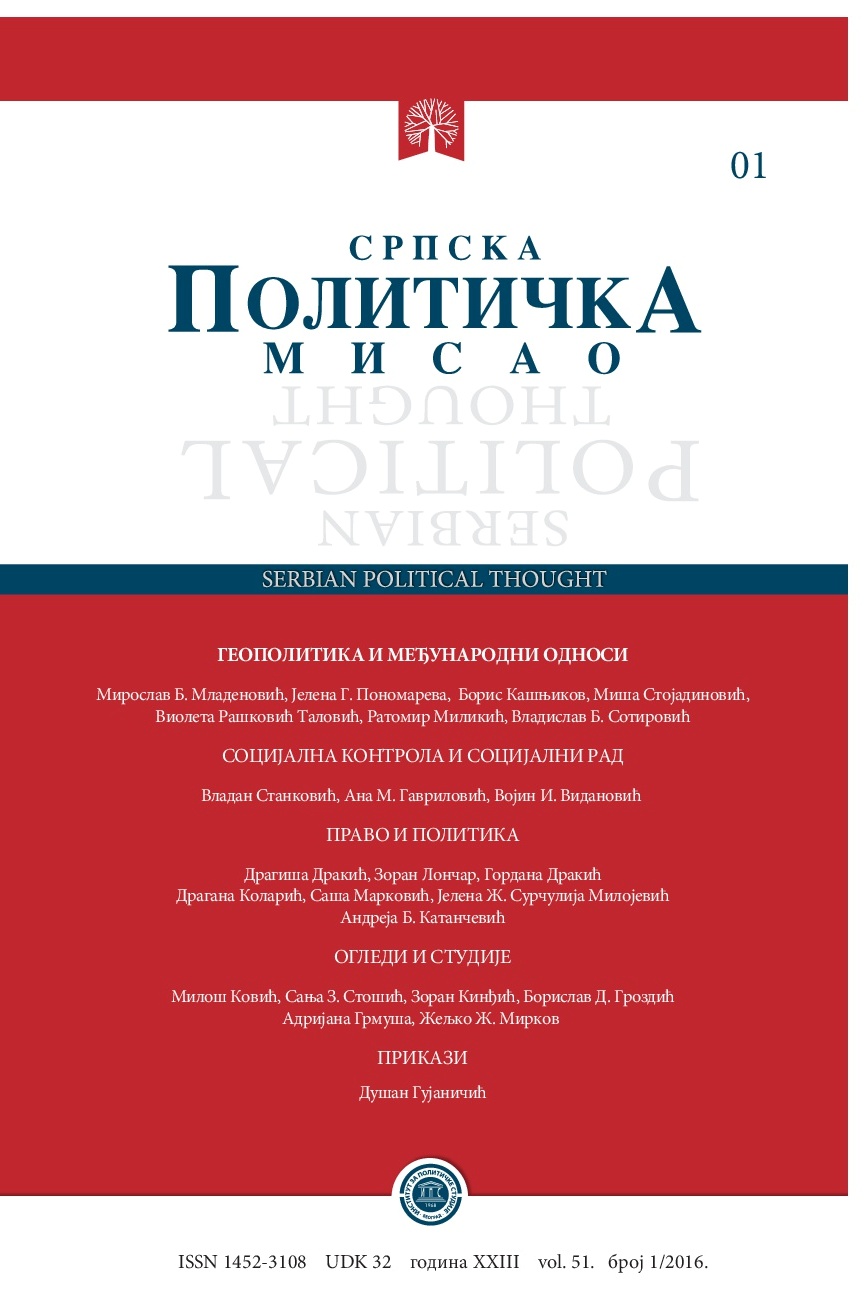 Summary/Abstract: At the opening of this paper the authors offer analysis of the notion of individual freedoms that they will later deal with, and define a thesis we defend in the present paper. The thesis states that the law is a sublime human idea that cannot be substituted by other means of social control nor could issues and relations that are regulated by the law be resolved with unconstrained actions of an individual. Starting from the premise that the law is a ‘kingdom of individual freedoms’, the authors first state objections that may be raised against such premise only to later try to reject such thesis by the strength of arguments offered. In the passages that follow the authors develop the above stated position by examining the relationship between the legal order and the force by which such order is being enforced. Having that in mind, the authors conclude that the ‘power that is associated with the law and that sees that the law is respected’ could be called the ‘power of law’. This power, representing only the potential coercion, guards the law as a system of values that corresponds to socio-ethical norms and that is used for ‘peaceful settlement of disputes’. In the end the authors speculate with what would happen if the law and its inherent power did not exist. They conclude that such state of being would necessarily lead to an absolute absence of freedom. For this reason, in the opinion of the authors, the only way out is to have the law, as a source of the only, although relative, individual freedom. Provided, of course that we speak of the true law. Only than is the law a true source of the authority without which there is no freedom as the ‘freedom is fulfilled and real only if there is the authority to be followed’.