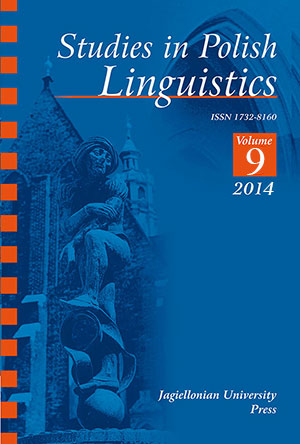 Summary/Abstract: Extensive research on native speakers’ attitudes towards foreign accents and their users carried out in immigrant-receiving countries such as, for example, Great Britain, the United States and Australia (e.g. Kalin and Rayko 1978; Lippi-Green 1997; Munro et al. 2006), has allowed specialists to formulate several cross-cultural generalizations concerning the perception and evaluation of accented speech. For instance, according to Lindemann (2002, 2010), the listeners’ attitude towards foreign speakers, shaped by cultural stereotypes and prejudices, plays a crucial role in comprehending accented speech. It is also often claimed (e.g. Said 2006; Lev-Ari and Keysar 2010) that a heavy foreign accent has a negative impact on the listeners’ assessment of speakers’ personality traits, such as credibility, intelligence and competence. Moreover, this negative accent-based social evaluation, as shown by Lippi-Green (1997), might even lead to various kinds of foreign speakers’ discrimination. Contemporary Poland, where Polish-speaking foreigners are still a relative rarity, constitutes an interesting and yet unexplored ground for testing the universality of claims concerning the relationship between the listeners’ cultural prejudices and their evaluations of foreign speakers’ accents, as well as personality traits. In this paper we report on an empirical study in which 40 Polish university students assessed 11 samples of foreign-accented Polish, both in terms of accent features and personal characteristics ascribed to the speakers, in order to find out whether these judgements are affected by Polish listeners’ attitudes towards the speakers’ cultural background and knowledge of their nationality. The results of the study indicate that, on the whole, the speakers’ nationality does not significantly affect the participants’ evaluation of foreign speakers’ accent features (i.e. comprehensibility, foreign-accentedness and acceptability). Such relationship can, however, be found in the attribution of personal characteristics to foreign speakers, which, to some extent, is influenced by the information concerning their nationality and listeners’ cultural prejudices.

Językowy obraz kobiet w polskiej refleksji językoznawczej The issue of sexism in Polish linguistic thinking 2004 Ona, ona, seks i język polski Him, her, sex and the Polish language 2004 An Optimality Theory Analysis of Velar Softening in English An Optimality Theory Analysis of Velar Softening in English 2010 Sukcesy i porażki fonodydaktyki języka polskiego jako obcego. Uwagi postronnej obserwatorki Successes and failures of teaching the pronunciation of Polish as a foreign language. Comments of an outside observer 2013 Wymowa polska w ocenie cudzoziemców i polszczyzna cudzoziemców w opinii Polaków. Badania ankietowe Opinions of foreigners about Polish pronunciation and opinions of Poles about use of Polish by foreigners. A questionnaire study 2013
2021 © CEEOL. ALL Rights Reserved. Privacy Policy | Terms & Conditions of use
ICB - InterConsult Bulgaria ver.1.7.1015