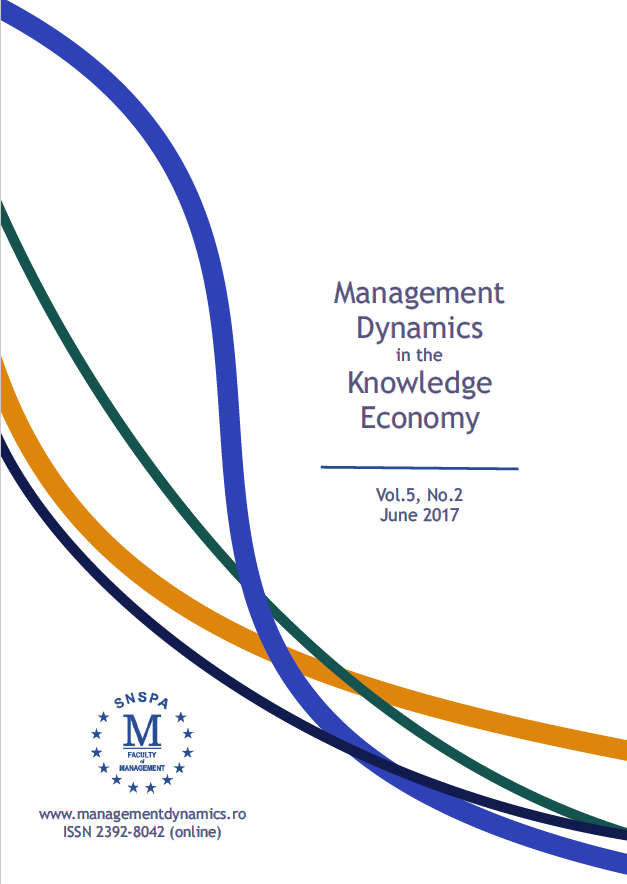 Summary/Abstract: Over the past several decades, the theme of knowledge economy (KE) has become increasingly important, being seen as a source of economic growth and competitiveness in all economic sectors. As a consequence of this development, the author provides evidence that scholars and commentators have pleaded in favor of using modern resources which enrich knowledge-based-economies, such as investments in IT&C, high-technology industries, and highly skilled workers. These factors are perceived as fundamental factors of KE, as the present research will state. The drivers of KE are indeed technologies with the help of knowledge and the production of information, all these conditioned by dissemination. The hereby article opens with a compare and contrast analysis of the traditional economy versus the knowledge economy. Also, the article defines the KE, focusing on the debate existing on the subject of its key characteristics and components (dimensions) according to international forums, scholars, and practitioners. At the same time, the author provides information on the drivers of KE, by thoroughly reviewing the academic literature in this field. In the end of the research, the focus moves to the four pillars of KE and their means of assessment. The positive economic trends that the KE brings forth are also analyzed, as well as the core elements of KE, also known under the name of the four pillars of KE: economic and institutional development stimuli; educated and skilled workers that can facilitate the creation and dissemination of knowledge; an adequate innovation system able to embrace the globalized knowledge stock, grasp it and adjust it to particular regional/local conditions; up-to-date information infrastructure enabling communication, information delivery and handling of information and knowledge.