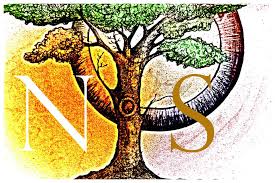 ,,Urodził się na swoje własne i całego świata nieszczęście" – biografia Adolfa Hitlera, która wpłynęła na losy ludzkości
,, He was born on his own and the world unhappiness "- a biography of Adolf Hitler, which affected the fate of humanity

Summary/Abstract: The article presents the biography of Adolf Hitler with an interpretation. The author describes his life from birth to joining the Nazi party: life in the family home, after leaving home education and relationships with other people. The Development describes the critical events in Hitler's life - the death of his father and mother, inaccessibility to study the outbreak of the First World War and becoming a soldier, and participation in a Nazi meeting and joining the DAP. The author also presents impact of Hitler on German history and the world's story. She says that dealing with the topic of Nazism is important. The conclusions derived from history can help create a better reality.