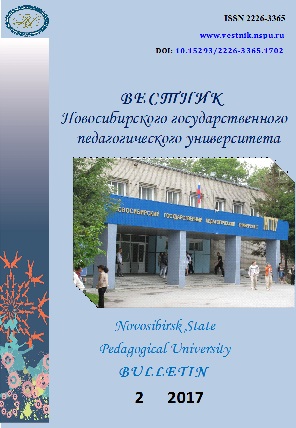 Summary/Abstract: Introduction. The article is devoted to the diachronic method of investigating fiction, which is considered as a debatable issue of modern literary history. Despite more than a century-long tradition of understanding this approach (A.N. Veselovsky, Yu. N. Tynyanov, V.B. Shklovsky, B.M. Eikenbaum, Yu. M. Lotman, B.V. Dubin), it still determines the prospects of linguistic research. The presumption of the author’s model and an inherent figure of the author are considered as typical for synchronic study of literature. The purpose of the article is to analyze the research operations which enable to consider fiction as a cultural phenomenon of axiological significance.Materials and methods. The so-called “stochastic” factors of the literary pro-cess are analyzed within the framework of such categories as replication and alter-nativeness. The research samples included works of the so-called "second literary layer" such as the novel "Country Roads" by D. Grigorovich, the novel "On the Way to Eternity" by V. Nemirovich-Danchenko, the story "Tamarin" by M. Avdeev and the stories "The Player" and "The Model" by N. Aksharumov. Results. The author formulates the following hypotheses based on the conducted analysis:a. Understanding the word classic / fiction / imitation, secondary / alternative as terms is significant for their terminological boundaries which can change the original idea of the literary reputation and place of “secondary” writers in the cultural space.b. Phenomenology of novelist’s creativity, taken in schematic perspective, can be present-ed as an act of the explicit force which is aimed at dialogue and debate and of the implicit force arising as a result of awareness of their inferiority. c. Contemporary perceptions of various figures of the literary process contributed to strengthening these opinions and assessments in later analytical criticism and popular research papers.d. The concepts of “secondary texts” and “texts of the classic” are phenomenological conventions. The author proves that texts by novelists as well as the texts by recognized Russian classical writers contain polyvalent meanings. Conclusions. The author concludes about the possibility of exploring alternative lines of literature, forming its alternative history. This approach will bring scientific philological knowledge to the postneoclassical type of understanding literature and literary process as a complexly organized, mobile and variable model.