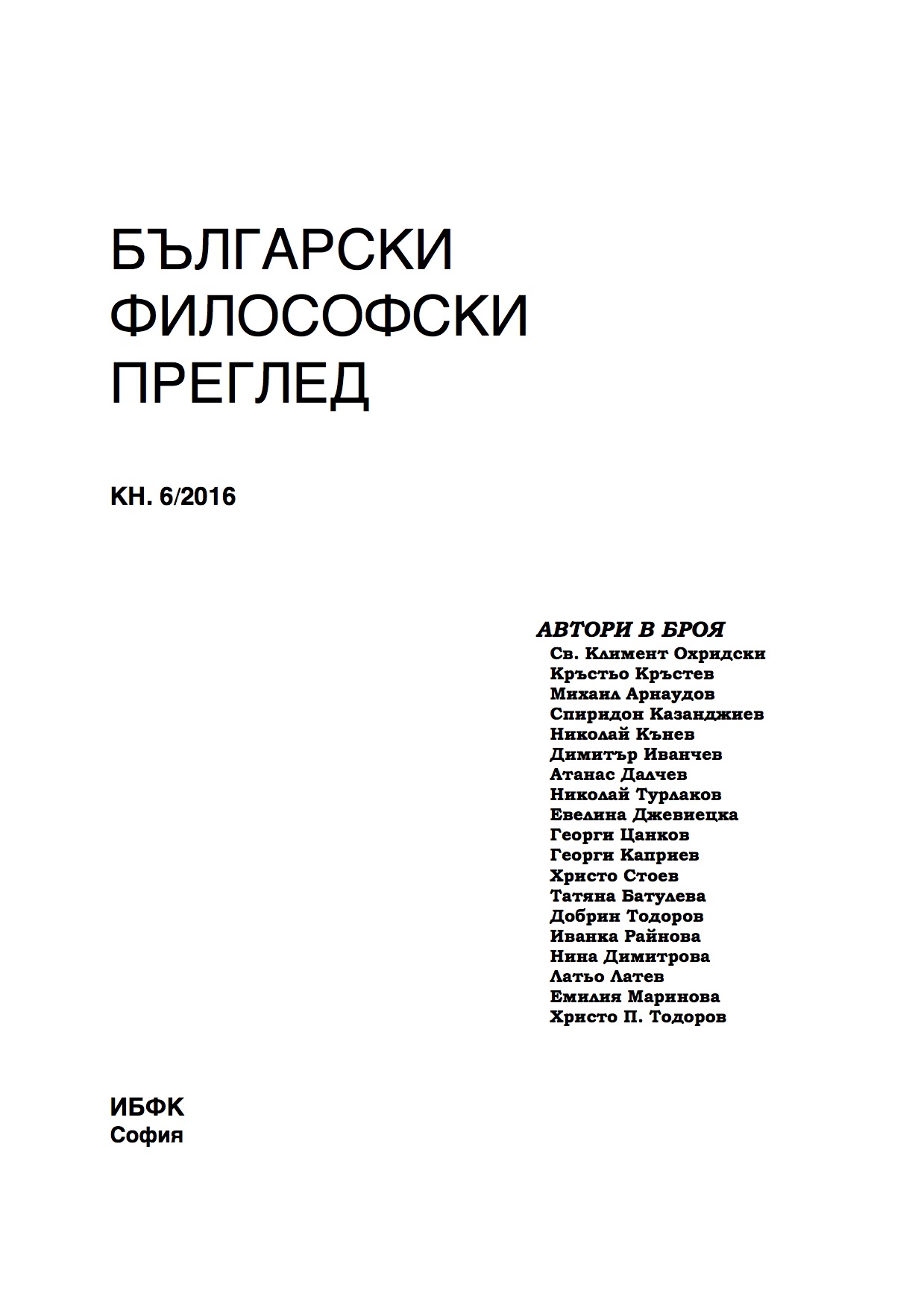 Summary/Abstract: The study examines the ideological evolution of the first professional Bulgarian literary critic Dr. Krustyo Krustev (1866-1919), the creator of Misul (Thought) magazine which was the most prestigious journal in the late 19th and early 20th century. A graduate of the University of Leipzig and a student of the famous professors Wilhelm Wundt and Johannes Volkelt, Dr. Krustev did not convey mechanically their ideas in Bulgaria, but imposed the modern aesthetics for that time and creatively complied it with the Bulgarian artistic reality. The editor of Misul attracted intellectuals with a European attitude such as Pencho Slaveikov, Peyo Yavorov and Petko Todorov. The author suggests that although having been neglected and underestimated Dr. Krustev’s contribution for the penetration of modernism in Bulgaria is outstanding.