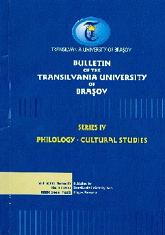 Summary/Abstract: „Homo Religiosus” is an important concept of Mircea Eliade. This paper will try to delineate its characteristics as they appear in Eliade’s scientific work, i.e. Religious Studies, and in his fantastic prose. Eliade expresses his viewpoint on homo religiosus sometimes in parallel, sometimes in opposition with the modern, non-religious man. The latter will be named here ‘homo otiosus’. Identifying the features of those two terms could be of interest not only for Religious Studies, but for Cultural Studies as well.